This is my first post here. I am gonna redo my links in the rear. What is the different equations everyone uses?
Thanks in advance

No one has any ideas or formula they use around here?

uppers around 75% of what your lowers are in length

If its free, its P

Macman said:
No one has any ideas or formula they use around here?

It doesnt work that way, everyone's application and setup is different.

whiskeymakin said:
try to get atleast 3" sepperation at the chssis between upper and lowers
Click to expand...

Every chassis is different because of height and wheelbase, to get your instant center right you have to build to your vehicle that's why you see so many have problems it 's not as easy as just welding tabs on got to do some reading. Look on pirate and search it theres a ton of info there.
K

You definitely have to build to what your buggy is. Unless you can find another buggy that is almost exactly like yours in weight wheel base tire size motor placement and so on. There's a ton of research you need to do if you want a perfect setup. You can use the simple rules for separation and lengths and may even get lucky and hit it right on the nose. I myself think that setting up the suspension is number one priority over any thing else to have a well working buggy.

Thanks for the input. I have been reading alot about it and damn confusing but beginning to understand it!!! :****:

Here is a good writeup that was just posted over on the BKF site.
http://www.bustedknucklefilms.com/forum/showthread.php?712-4-Link-Design-Explained
B

uppers around 75% of what your lowers are in length

try for a few inches more in seperation at the axle than you have at the chassis
Click to expand...

Yea, 3 inches is a minimum. Shoot for about 2/3 of seperation at the frame of what the vertical seperation at the axle is. Length uppers 75% of lowers. Length of lowers at least 75% of the size tire you are running. Make your links as long as you can and as flat as you can (within reason) such as 10 degrees or LESS.
And then build what you can fit.

Beeting it to death one ride at a time

You are going to read allot about Squat and AntiSquat Roll centers and Roll Axis. I know I was really lost when I started looking into all this stuff.

This Is what I have Come to understand (If anyone sees any part wrong let me know. I don't know much but this might help)

This is kind long sorry.

When you punch the gas in a linked vehicle there are 3 things that can happen. The back can raise the back can sink and there can be no vertical movement in the rear. if it sinks that's Squat. If it rises that's AntiSquat and if it stays in the same place vertically that's 100% antisquat (Or Neutral)

Now there are lots of things that go into this calculation but the major effects are:
the center of gravity for your vehicle (Each one is different as has been said above)
the Length of your links and there respective angles to each other and the ground

There is a bunch of math and other stuff you need to do to get those numbers and figure out. For us there is this calculator
http://mysite.verizon.net/triaged/files/4BarLinkV3.1d.zip

OK so whats the deal with the uppers 70 or 75% of the lowers. Well what it does is it keeps the Squat / AntiSquat numbers closer to the same through out the range of travel of the rear axle (if its drooped all the way out and you punch it you want it to act the same as if its at ride height or fully compressed. Its not going to be exactly the same but having a shorter upper helps keep it in the ballpark)

and the Old standby Long Level and Low. Whats that all about well again it comes back to how in performs.
The longer the links the easier it is to get your target number. But don't get carried away. if you have a long long link its gotta be rugged so you don;t bend it. I think the general 36 to 40 inches works well but you need to see what works with your rig you may need it a little shorter or longer than that.


Vertical Separation (Both frame and Axle)

This is where you define your anti squat. How you ask well What you are doing is you are taking the rotational force of the axle (Think Spring wrap)
and you are transferring it into a resistance to vertical movement via the angles of the links. Make any sense?

OK so here is what I found. Keep the vertical separation at the axle as high as you reasonably can. This will allow more adjustment at the frame end and it give more leverage (Since it higher from the center of the axle) so its easier on the joints and the mounts.

Make adjustability at the Upper link mount at the frame. This is where you can fine tune your suspension and not have brackets that hang you up on the trail. Just plug some numbers into the calculator. Then only change the height of the upper frame mount. I made mine with 5 different positions each 1 inch apart. If I did it again I would only have 3 different positions. each still and Inch apart.

Your gonna see stuff about roll axis and roll center. Try and keep the roll axis High. This is the line that the body is going to pivot on the axle. The higher this is the more stable it will be.

roll steer. Picture the right rear tire fully compressed and the left rear tire fully drooped. Now reverse it and compress the left rear and droop the right. When you do that you will see that the axle moved in an arc. one of the tires moves away from the center of the body and one moves towards the center of the body this is Roll steer. Keep it as low as you can (the negative numbers in the calculator just mean it goes the other way I did not go away unless you have 0)

Anti Dive is just like antis squat but on the front end when braking. I made my front as close to my rear as I could. I don't drive on the highway so I don't know how it acts at high speeds but just driving around at say 30 or under it acts like any other rig with soft 44 boogers.


What I did not My rig was this:

I shot for an 80% anti squat. I want the back to sink a little when I punch it because most of the time you are punching it to try and get over someting meaning the front needs to rise to get onto or over the object. However you don't want to take all the weight off the front end. (that's my theory and it may be wrong but it works for me.

I put my Lower mounts on the axle such that when the links were installed they were level with the bottom of the axle tube
I did that to help in sliding off rocks I did not want a link mount to act like an anchor.

the upper link mount on the axle was set by the height of the rockwell pumpkin since I mounted the links to the top of it.
I adjusted my upper link frame mounts to get the squat / antis squat I wanted and built in adjustability.

There is some general guideline that says the angles should total more than 30 degrees to keep the rear aligned without a panhard bar. There is more info on this over on pirate about link angles.


How I would do it again:

set ride height of body.
set wheel base(using axles and tires you are going to run)
Now put the lower links in keep as wide as possable at the axle and as narrow as possable at frame.
Now with stuff sitting there plug the numbers into the calculator and figure your Axle and frame separation as well as upper link length.
build all you links and mounts.
Share:
Facebook Twitter Reddit Pinterest Tumblr WhatsApp Email Share Link 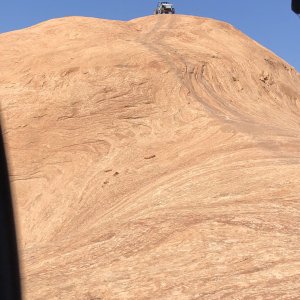 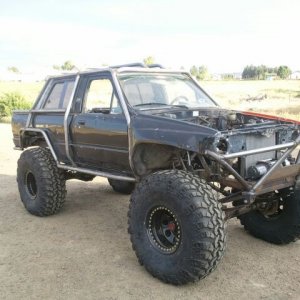 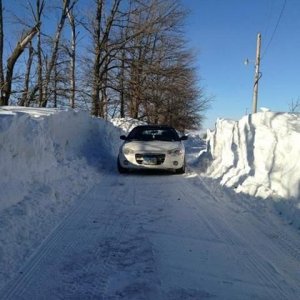 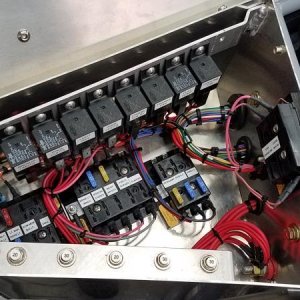 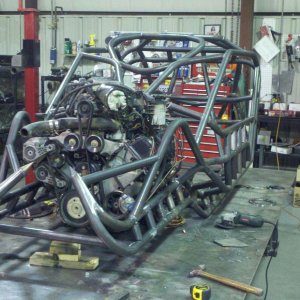 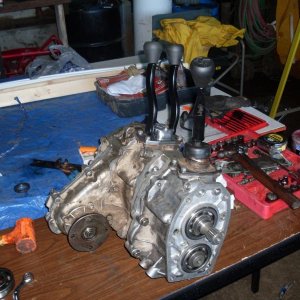 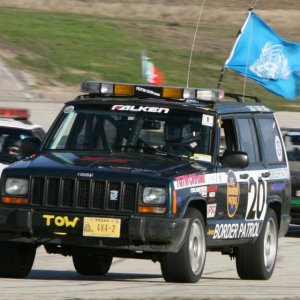