Cage Rebuild on my 85 Toyota

Back in October during a trip to Harlan, I made a dumbass driver error in the dark and rolled my truck. It trashed the drivers side A pillar of the original exo cage and pushed it in to the cab. That caved in the cab A pillar, pushed the roof down about 8 inches, shattered the windshield and twisted the cab pretty bad. 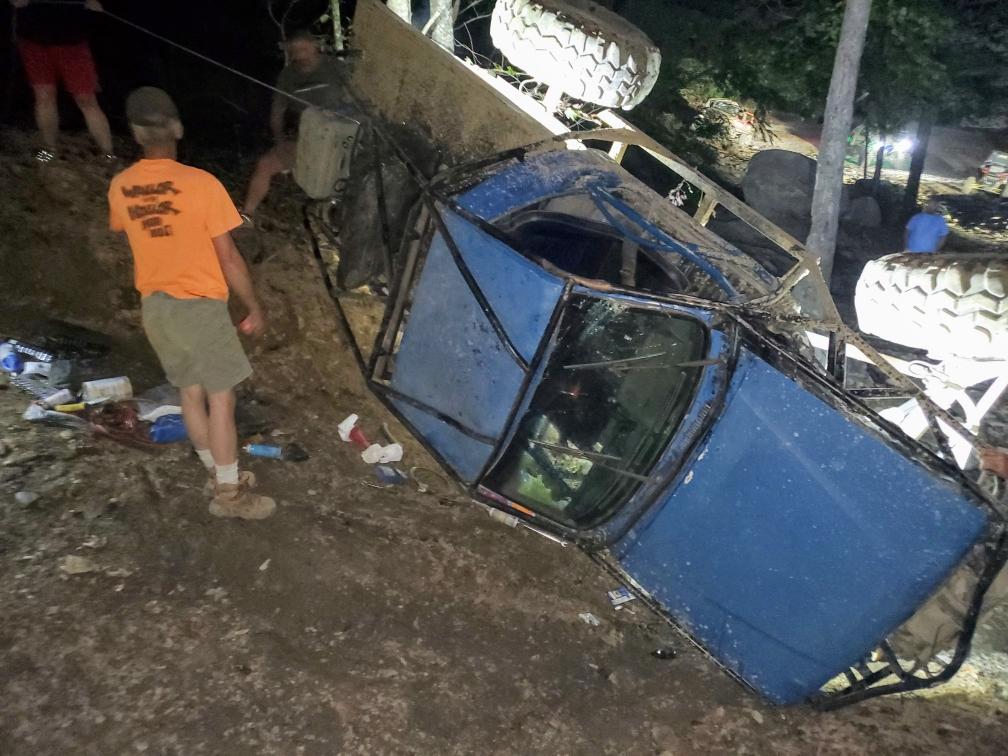 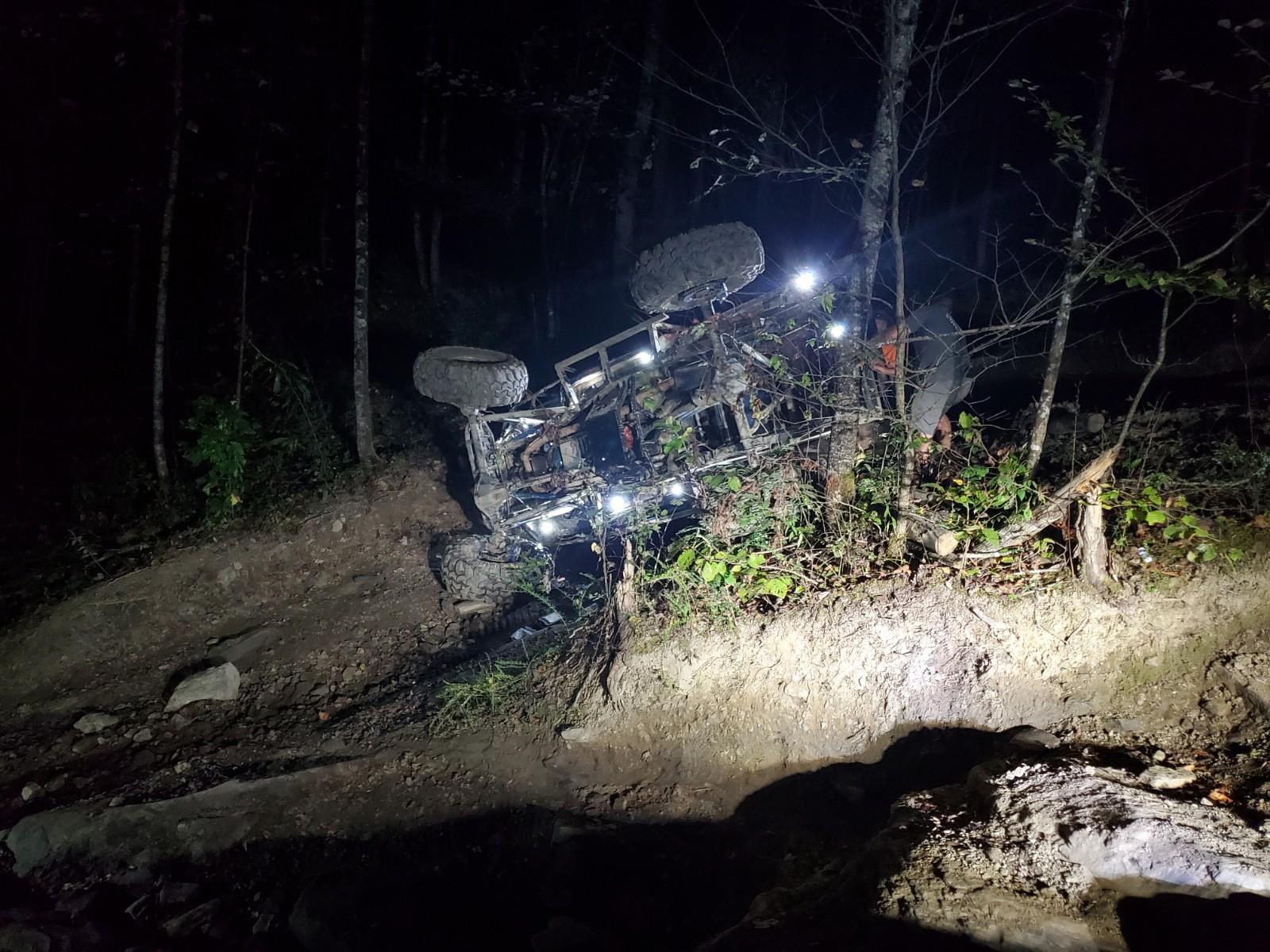 This next pic you can get a little idea of how much the drivers side was pushed down. 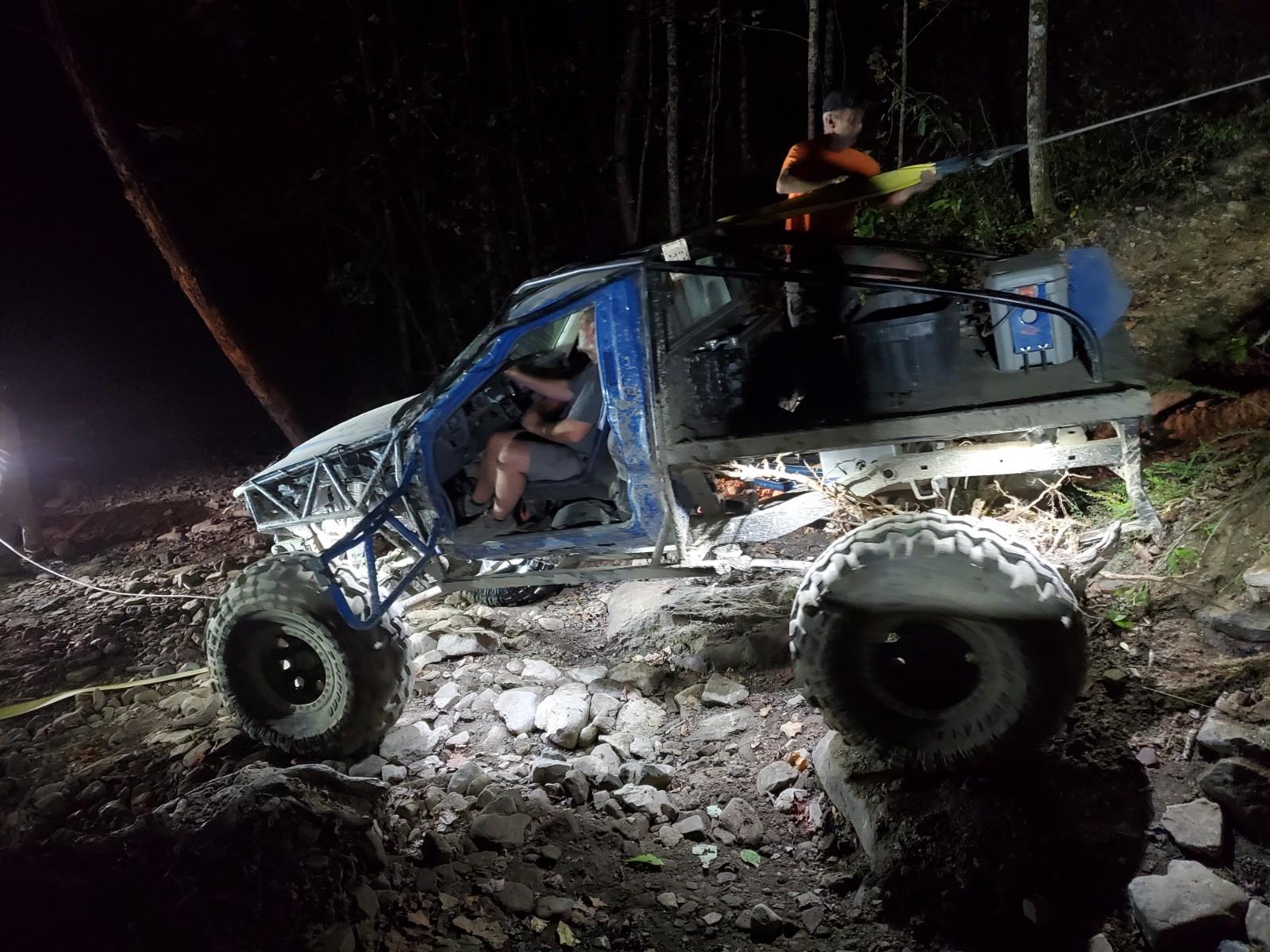 After we got the truck flipped over, I used my highlift to get the A pillar and roof moved away from my head so I could get it back to camp.
Here are a few pics of the damage the next morning in the daylight.

A little back story on the cage. I built the original cage with some help from a buddy about 10 years ago. At that time it was only the second cage we had ever built and we really didnt know much. The idea was to protect the cab from trees and to add a little safety in the event of a slow speed flop. Were we rode at the time was mostly tight wooded trails that were destroying cabs due to bouncing off of trees. The cage was built out of 1.5" HREW using an Allstar performance shoe bender. We built the cage at the same time that I went from the Toy axles to tons and from 34's to 39.5's. The cage did its job and served its purpose well at the time. Over the years I made improvements to the truck to help performance. Went from the 22r, 5 speed, and dual toy cases to a TBI350, th350, and 203/205 doubler. A few years later I added the ORIs to the front and full hydro steering. A few years after that I saved the coin for 43 stickies and Racelines. With all the changes the truck just got heavier(5500lbs). Its capabilities quickly surpassed the safety of the cage. I'm a stubborn fella with a tight wallet and just refused to upgrade the cage. I did add some PRP seats and harnesses which kept the wife and I safe during the roll. The old cage did its job and I'm sure without it the roll would have made the cab useless and we may have been injured. We were both harnessed in and walked away without a scratch.

A little over a week ago I started on the cage rebuild. It is being done with the proper materials this time and much better equipment. Our knowledge has improved and hopefully this one will hold up much better in the unlikely event I roll it. We are 1.75" .120 wall USA made DOM. A JB2 bender and tubing notched is doing the bends and copes. I am sticking with the exo for headroom.

Here is a pic of the original cage shortly after it was completed. 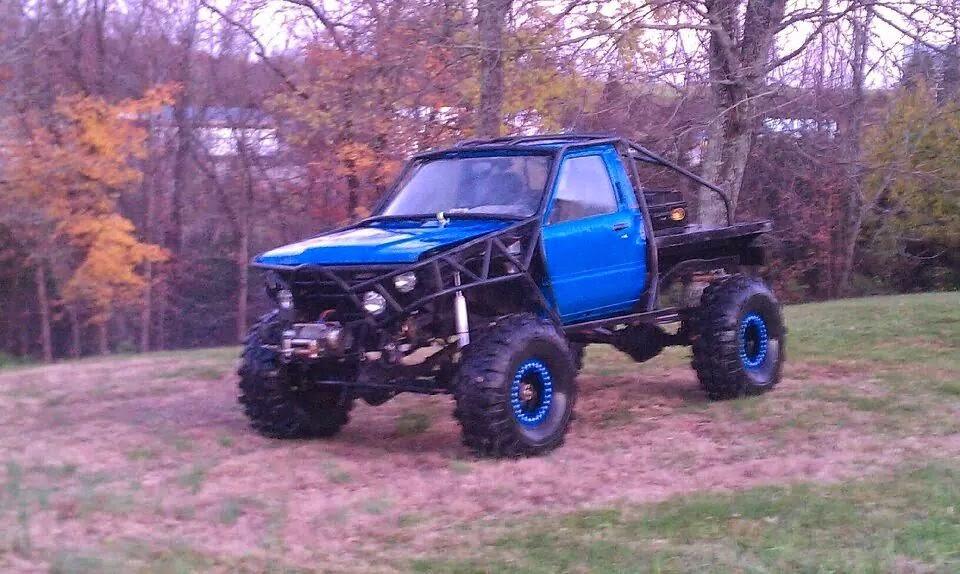 Here are some pics of the progress so far. 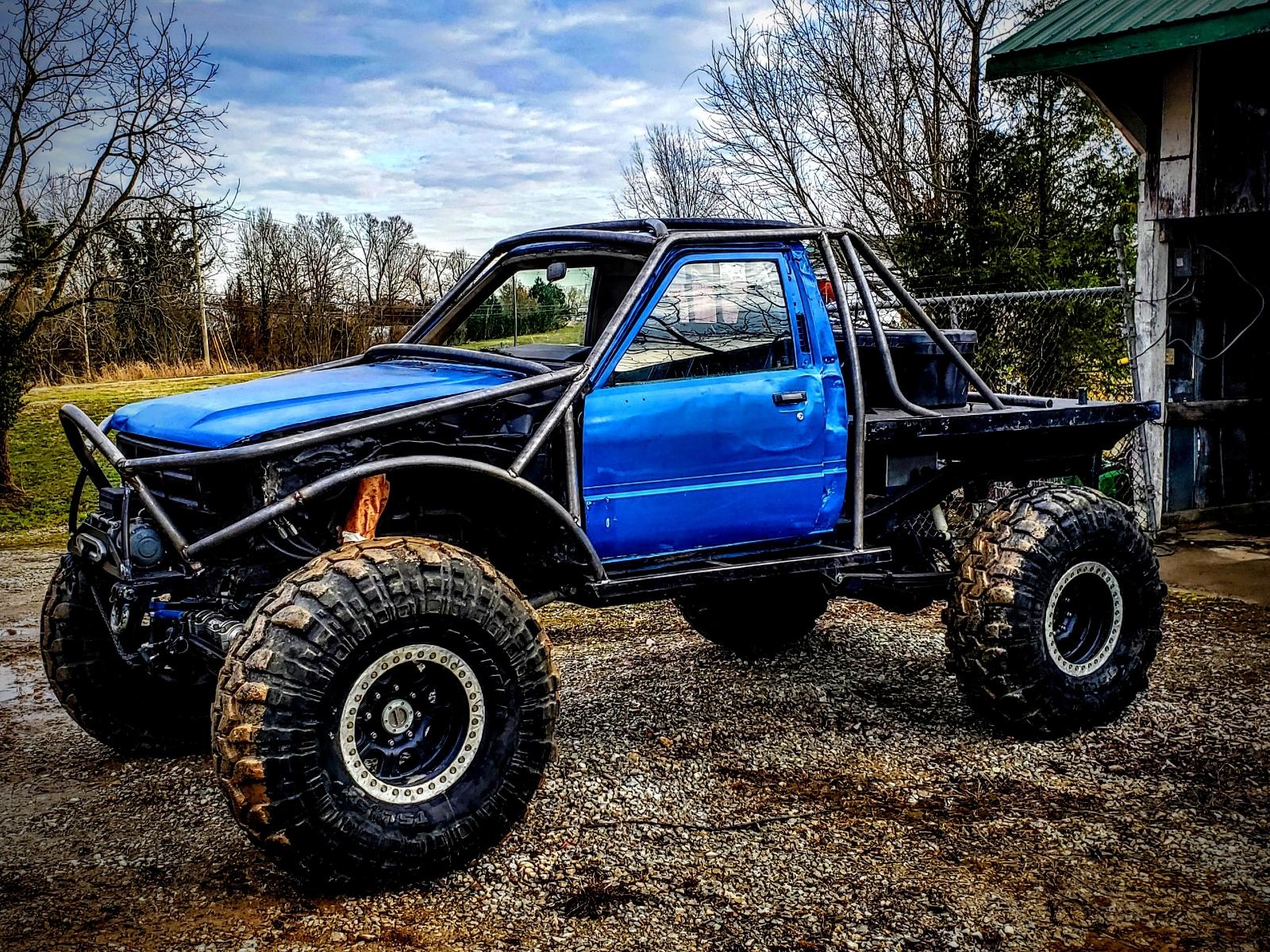 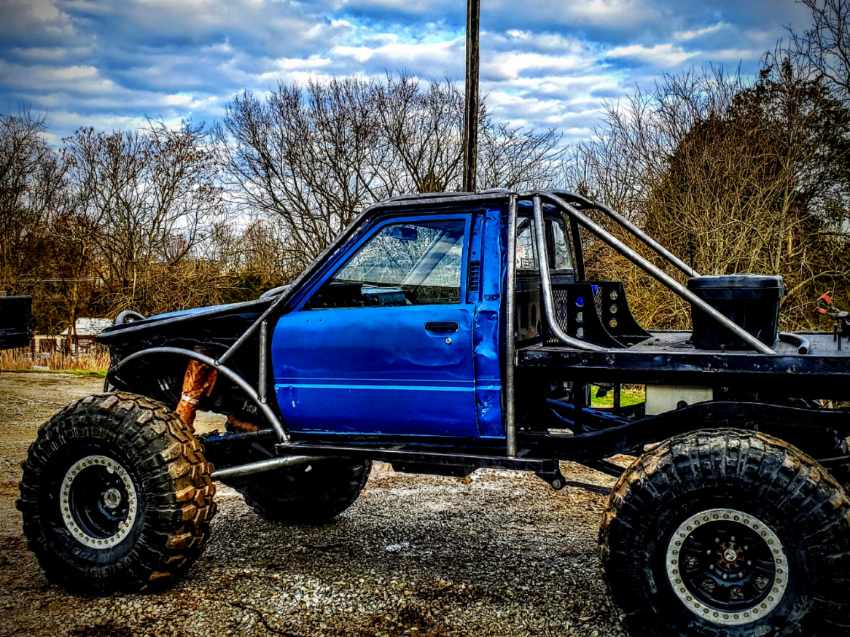 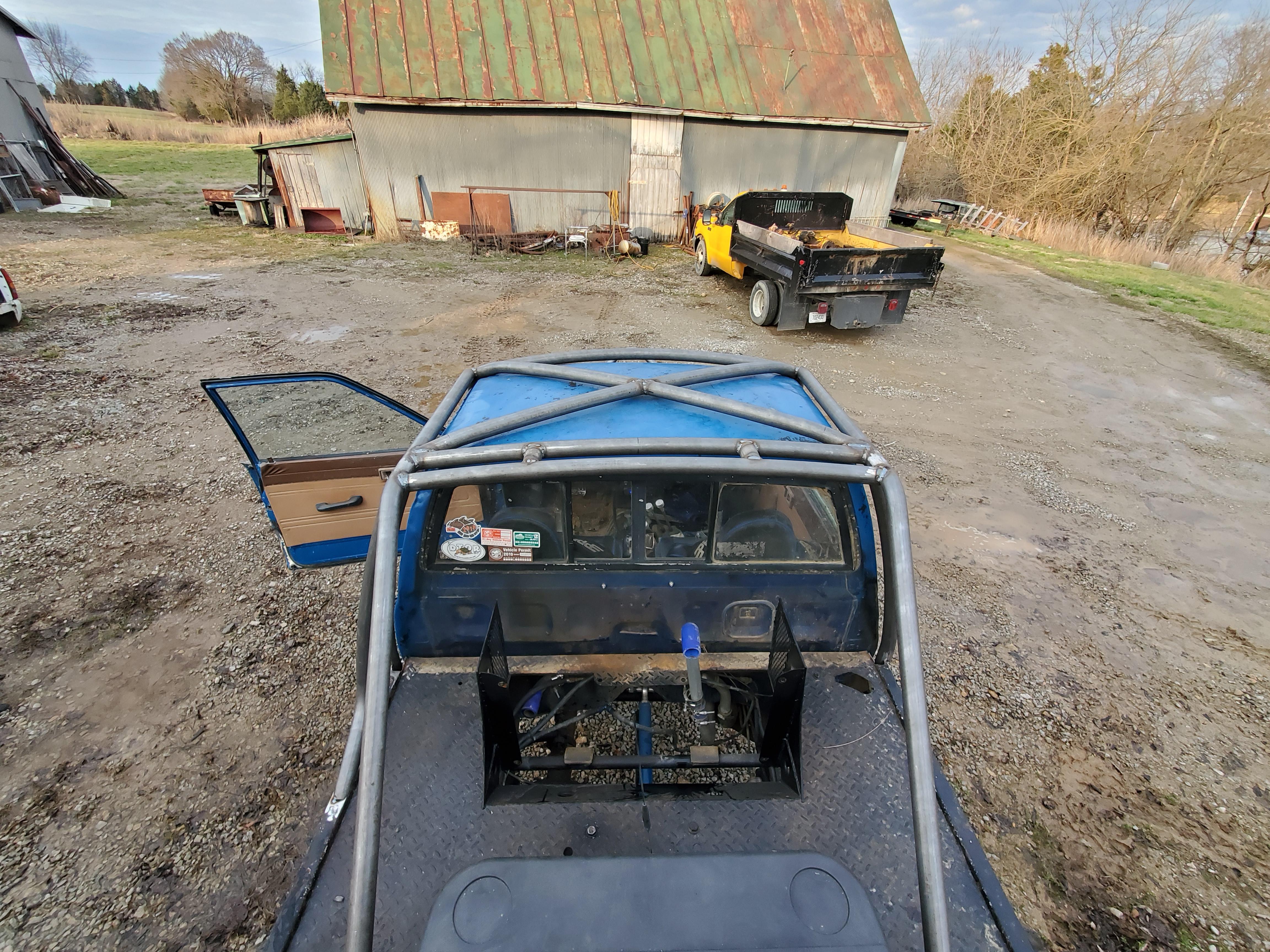 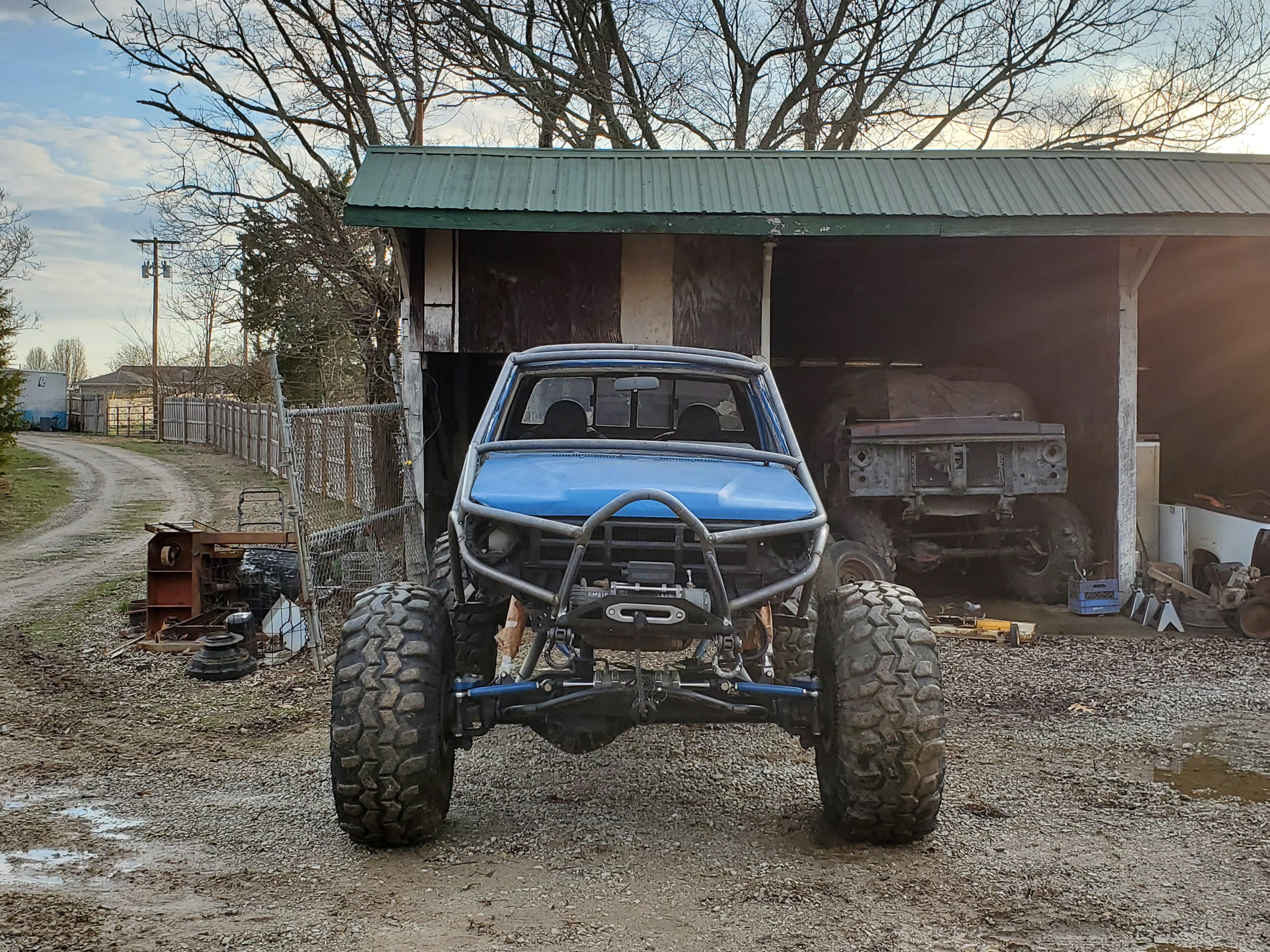 I still need to add an X-brace to the back of the cab, several braces in the tubing around the fenders and the mounting tabs for lights, a new trans cooler, overflow tank, and other items.

I'll post up some pics next week as I make progress each week. We were able to pull the A pillar and roof out enough to get a new windshield in and the doors back on. The doors will need a little adjustment and my tube doors may need to be slightly modified to fit the twisted cab. Hoping to have it all completed and cage painted by the end of March.
Last edited: Mar 3, 2020

If you hit something with your front bumper it looks like that top fender tube will bend the A pillar. Just my 2 cents.

ToyotaTom said:
If you hit something with your front bumper it looks like that top fender tube will bend the A pillar. Just my 2 cents.
Click to expand...

It's very possible. There will be several tubes tying the upper and lower fender tubes together. What you cant see is the fenders are tied in to the front shock hoops and the frame. I dont race and very seldom run in to anything hard with the front end. In a hard roll or back flip it is very possible and I will take my chances. I appreciate the input and will give it some thought.
Last edited: Mar 3, 2020
L

I like the rolled tube over the front tires. I did similar on my buggy, i think it looks much better than a bent tube at that location. I have never done an exocage. Seems like it makes for some difficult decisions on looks vs safety vs use of the cab.

Lil ugly said:
I like the rolled tube over the front tires. I did similar on my buggy, i think it looks much better than a bent tube at that location. I have never done an exocage. Seems like it makes for some difficult decisions on looks vs safety vs use of the cab.
Click to expand...

I like the roll bent tubing a lot more than the straight tubing I had before. This cage actually has several places where roll bent tubing is used. It makes it easier to follow the lines of the cab and gives a lot cleaner look imo.

You are right about the exo cage requiring compromises. It is not ideal for sure and I am completely aware of that. Ideally the cage would be interior for strength but that takes up a lot of room inside a standard Toyota cab that is small to start. I am not very tall(5' 8") but I don't have much headroom as it is in the cab without the cage. With us living in Kentucky and the wife wanting to stay warm, keeping the cab and heat was essential. Cause you know, happy wife means I get to wheel more. An even safer option was to transfer all my parts to a buggy but the $$ and time for that just wasn't in the cards.

Looking good! I'm a fan of roll bent tubing as you know. Post more pictures when you ad the other tubing.

poolman said:
Looking good! I'm a fan of roll bent tubing as you know. Post more pictures when you ad the other tubing.
Click to expand...

Will do. I will be adding more this weekend and Monday. I hope to have most of the tube work done by Monday evening.

Wrapped up the cage today with the exception of one tube and finish weld. Still need to notch and fit a tube on the radiator mount, mount tabs for the lights, and mount a new trans cooler. After that it will get cleaned and painted. I'm really happy with how it turned out. The front looks a little funny without the headlights and led pods but they will really finish it off. Thinking of adding a roll bent tube from the rock rails to the bottom of the bed to simulate a rear wheel well. It will probably happen but it's not necessary. Big thanks to my buddy Chris. Couldn't have gotten it done without him. 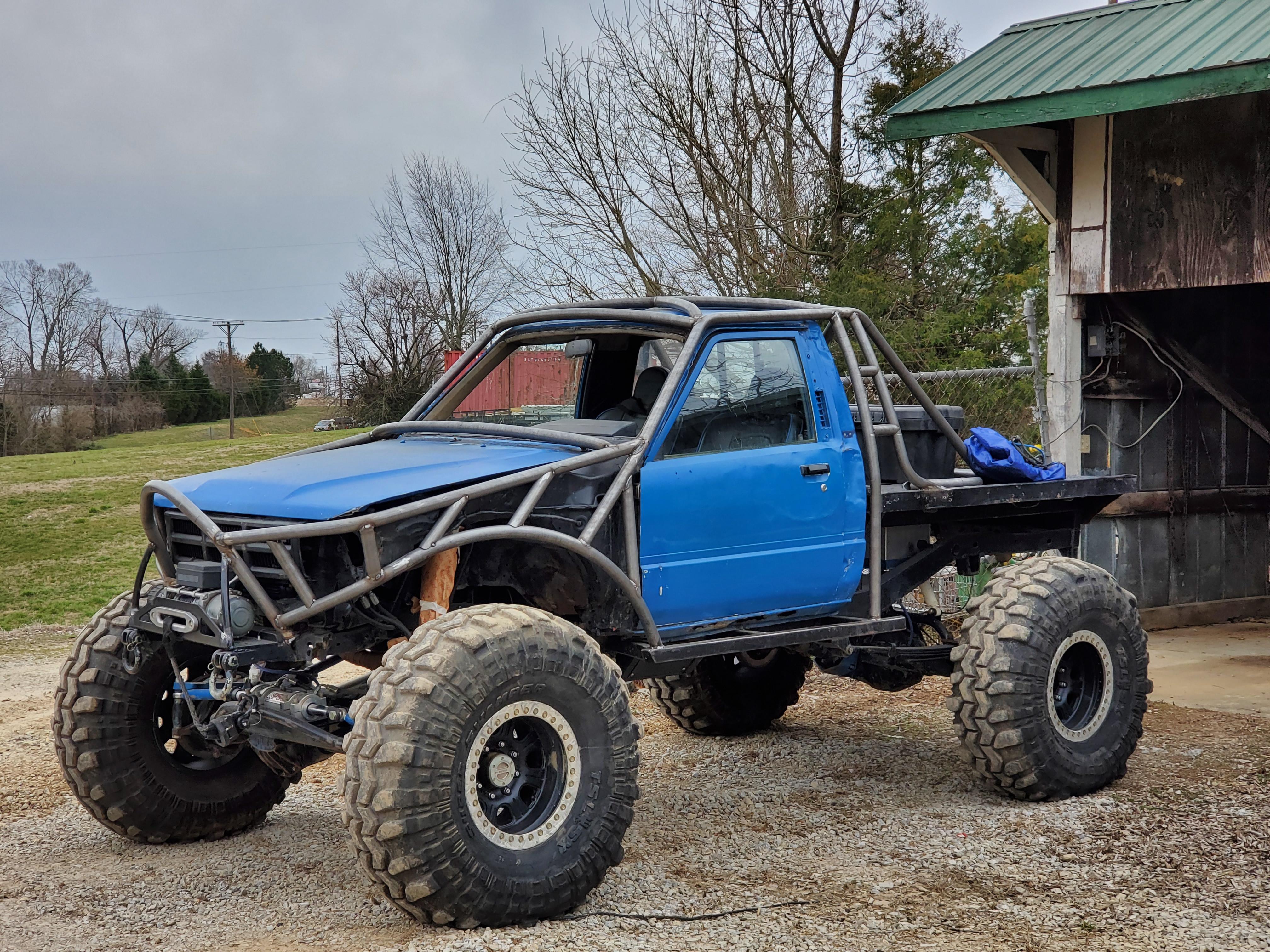 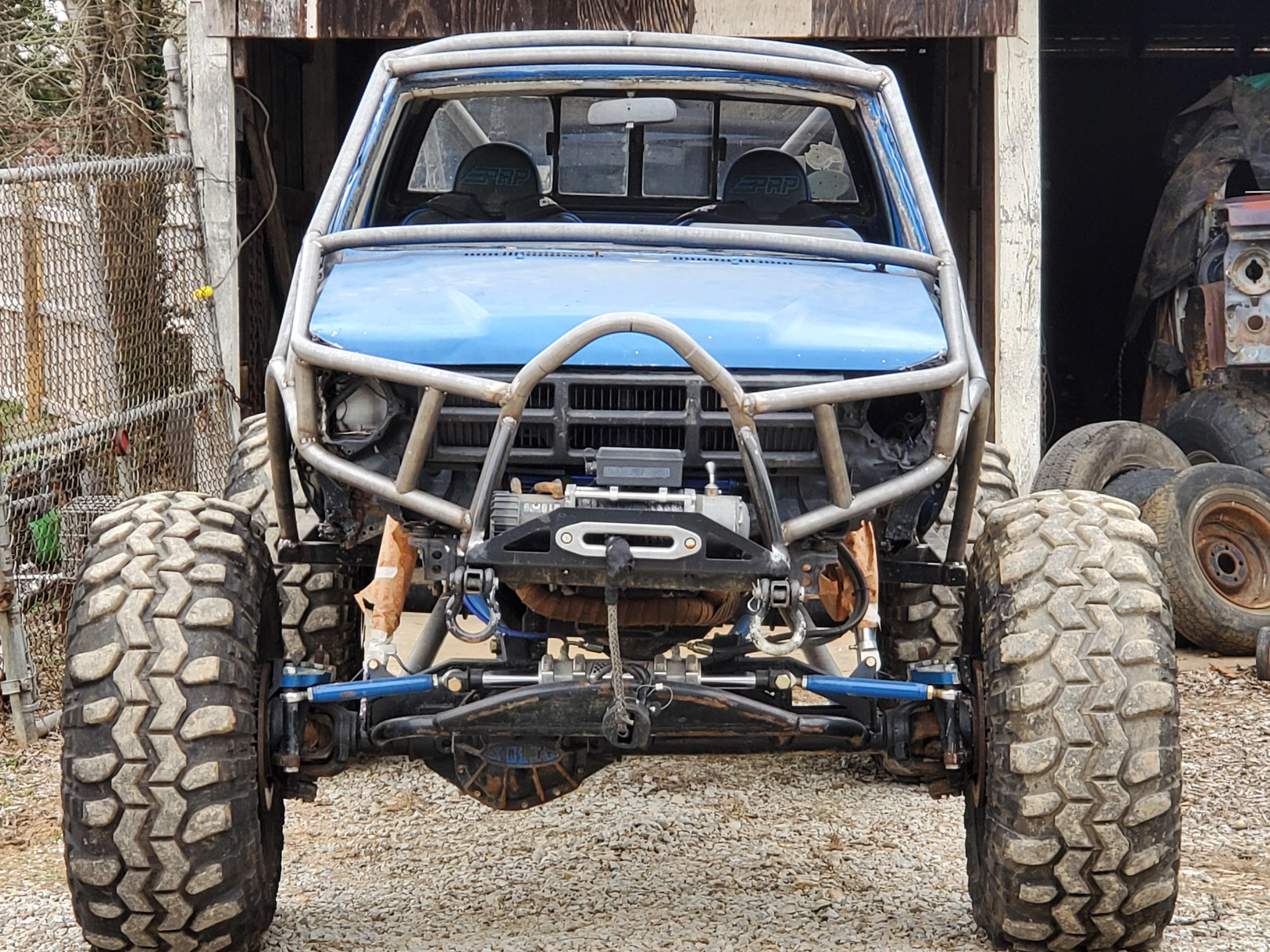 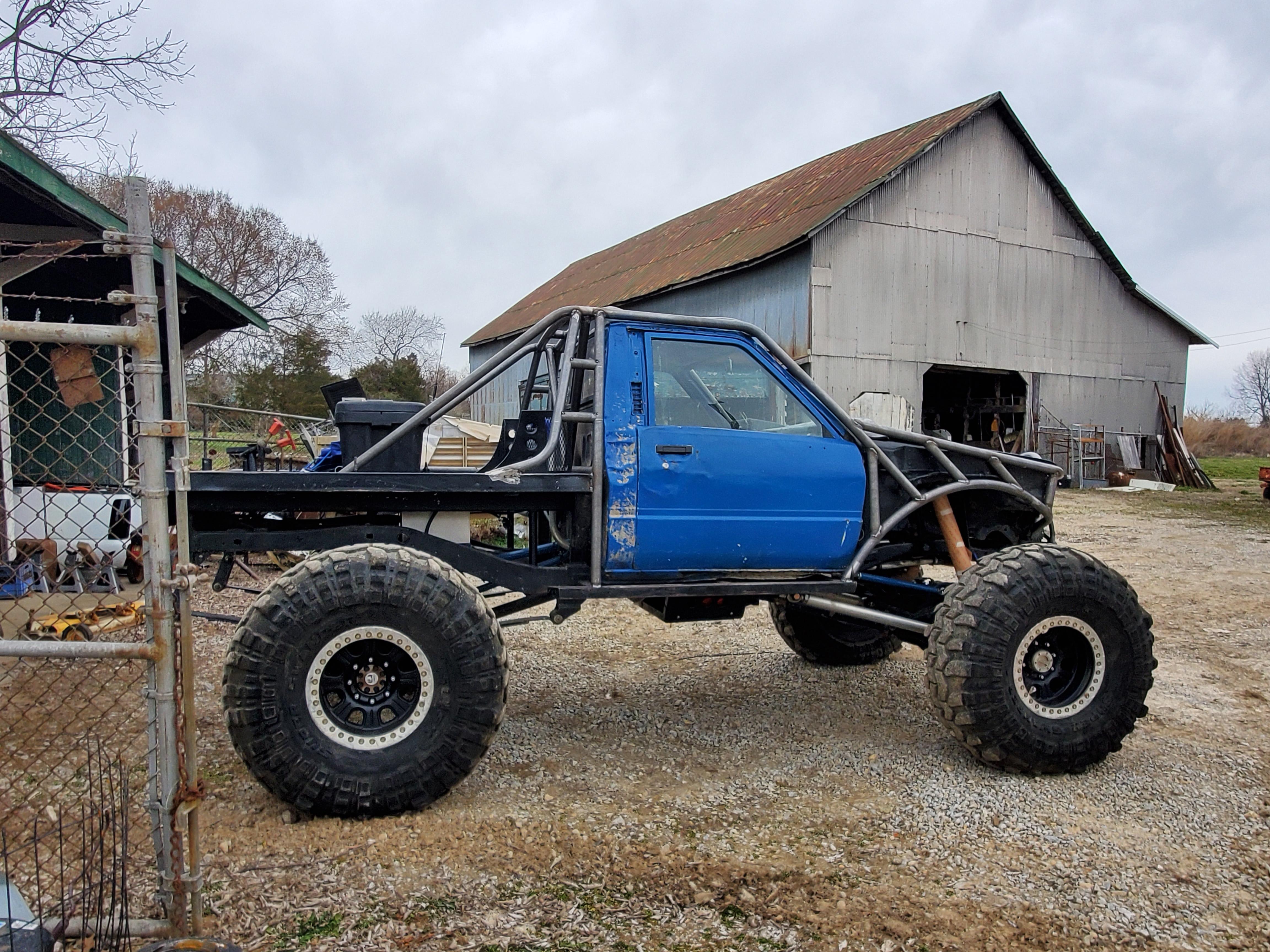 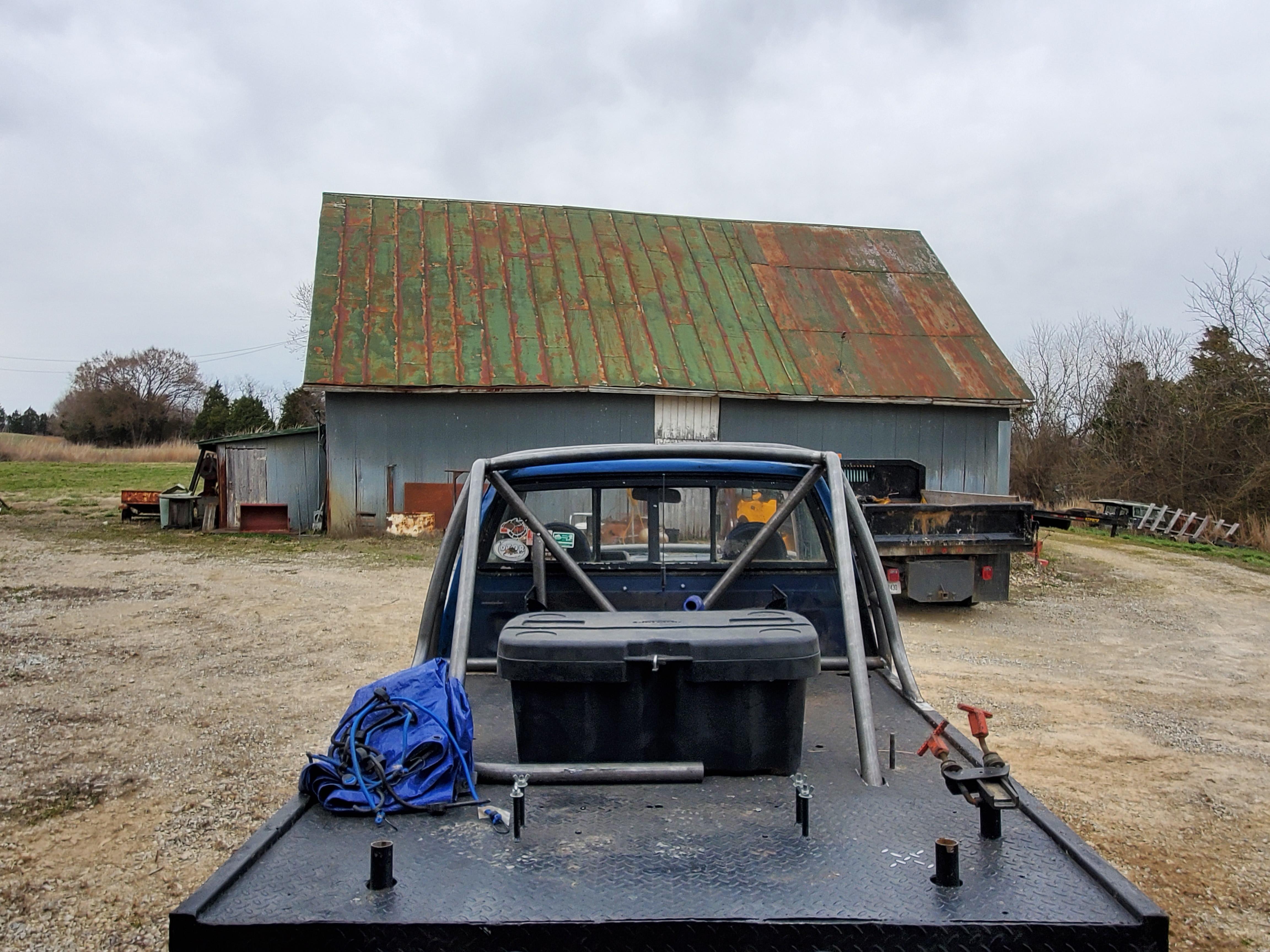 Looking good and I like the idea of the rear wheel wells tubing.

ridered3 said:
Looking good and I like the idea of the rear wheel wells tubing.
Click to expand...

Thanks. I think I'm gonna do the rear wheel well but it may be a bit before I get to it. I need to get the necessities taken care of so I can get back in the woods. I have a trip planned for Harlan mother's day weekend so I may try to get it done before then.

Got it painted and lights back on yet?

easleycrawler said:
Got it painted and lights back on yet?
Click to expand...

No. Not yet. Had to fit some tubes for the radiator mount to make the flow look decent from the radiator mount to the new cage. The radiator mount has side pans that attached to old headache rack right behind the cab. I always hated that rack behind the cab so I **** canned it with this new cage. I needed a way to incorporate the radiator mount in to the cage and had a hard time deciding what to do. This new design makes it look like it was all done at the same time vs years apart. I also mounted a new transmission cooler on Saturday. I will finish the light mounts and overflow res mount tomorrow. I have decided to go ahead with the roll tubing from the tree bars to the bed so I will do that tomorrow as well. I'll get some pics up tomorrow evening once it's done.

I hope to paint it next weekend and possible install the new glass if I can get the paint done on Saturday.
L

Looking forward to what you do around the rear wheels.

I still need to paint the cage, install the windshield, wire and plumb the trans cooler, and install the radiator. I forgot about the highlift jack mount so that will need to be addressed before my Harlan trip but I'm not too worried about it. The rear part of the mount is still intact so it will just be making a mount for the foot of the Jack.

I like what you did with the upper links in the front!! Thanks for sharing. I'm linking the front of my truck now and doing that I think may be the difference between having to run a 3 link and being able to run a 4 link for me.

Blase said:
I like what you did with the upper links in the front!! Thanks for sharing. I'm linking the front of my truck now and doing that I think may be the difference between having to run a 3 link and being able to run a 4 link for me.
Click to expand...

Awesome! Glad to see my rig gave someone some ideas on their own. The 4 link setup works great in the front. Is it perfect? No, but it works. Good luck! 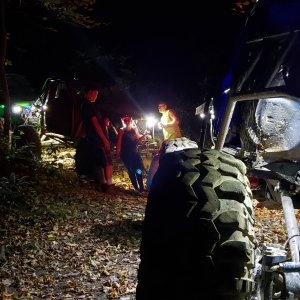 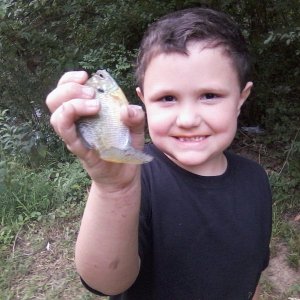 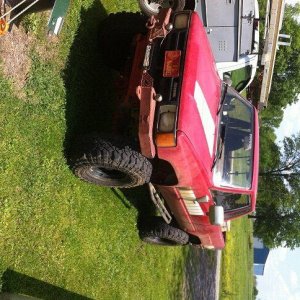 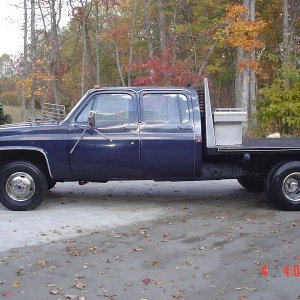 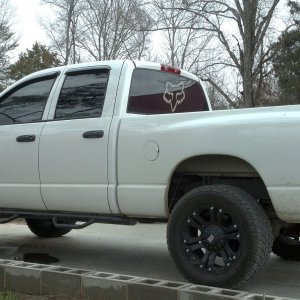 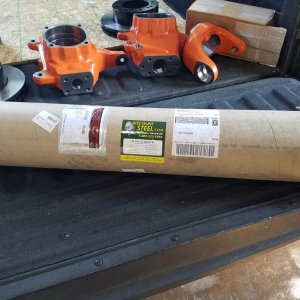 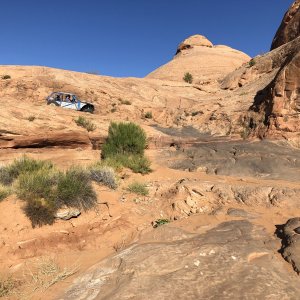 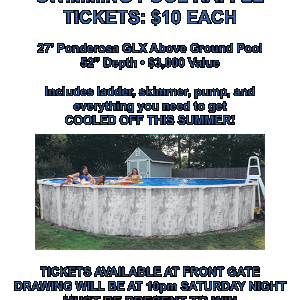 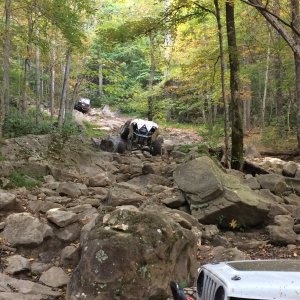