Andrew (redneckengineered) and I had been talking about him either having a new chassis built and me swapping parts or doing a full tear down and refresh on his current buggy. He was happy with just about everything on his current and the OG Revolution WOD chassis. So the decision was made to go through with the full tear down and refresh. Andrew had a good list of specific points he wanted addressed or updated. This buggy was built in 2011, lots has changed since then and some parts were already updated along the way. But the hope was to bring things up to speed with the current technology.

Andrew had already ordered some new seats and stripped the panels off to do a good pressure washing before I tore into it. 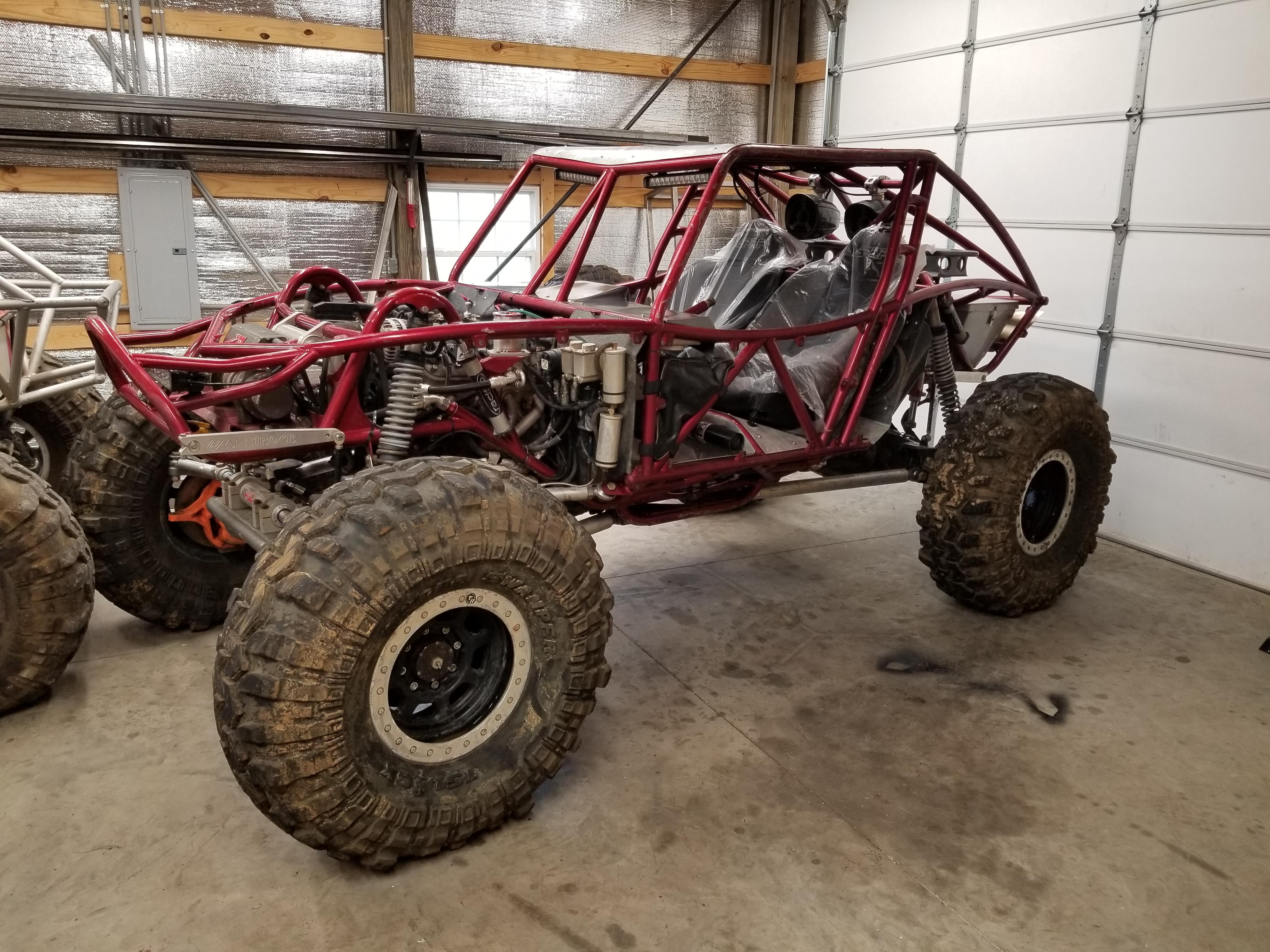 First thing to do was add some rub rails and fix some damage tubes. 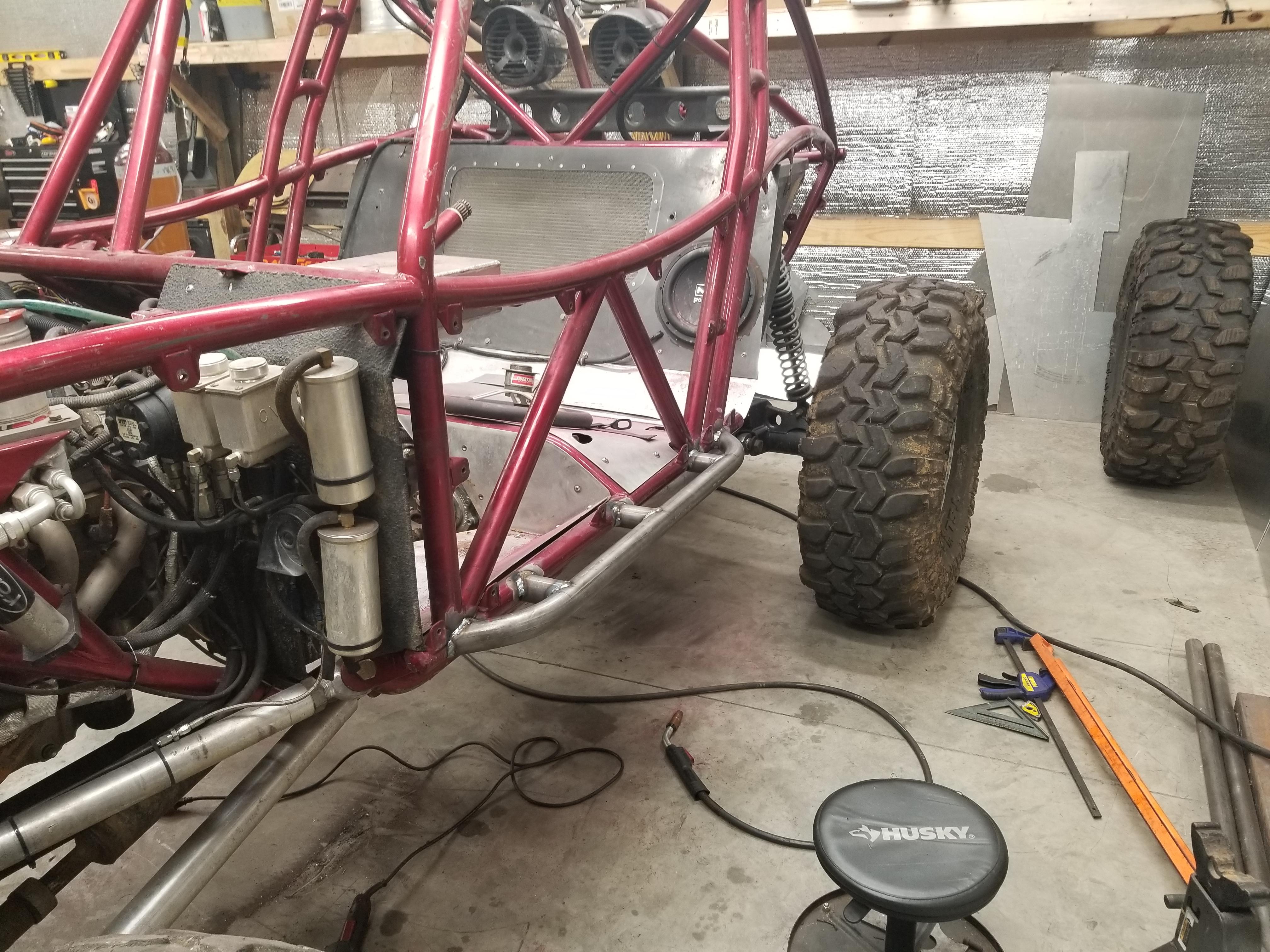 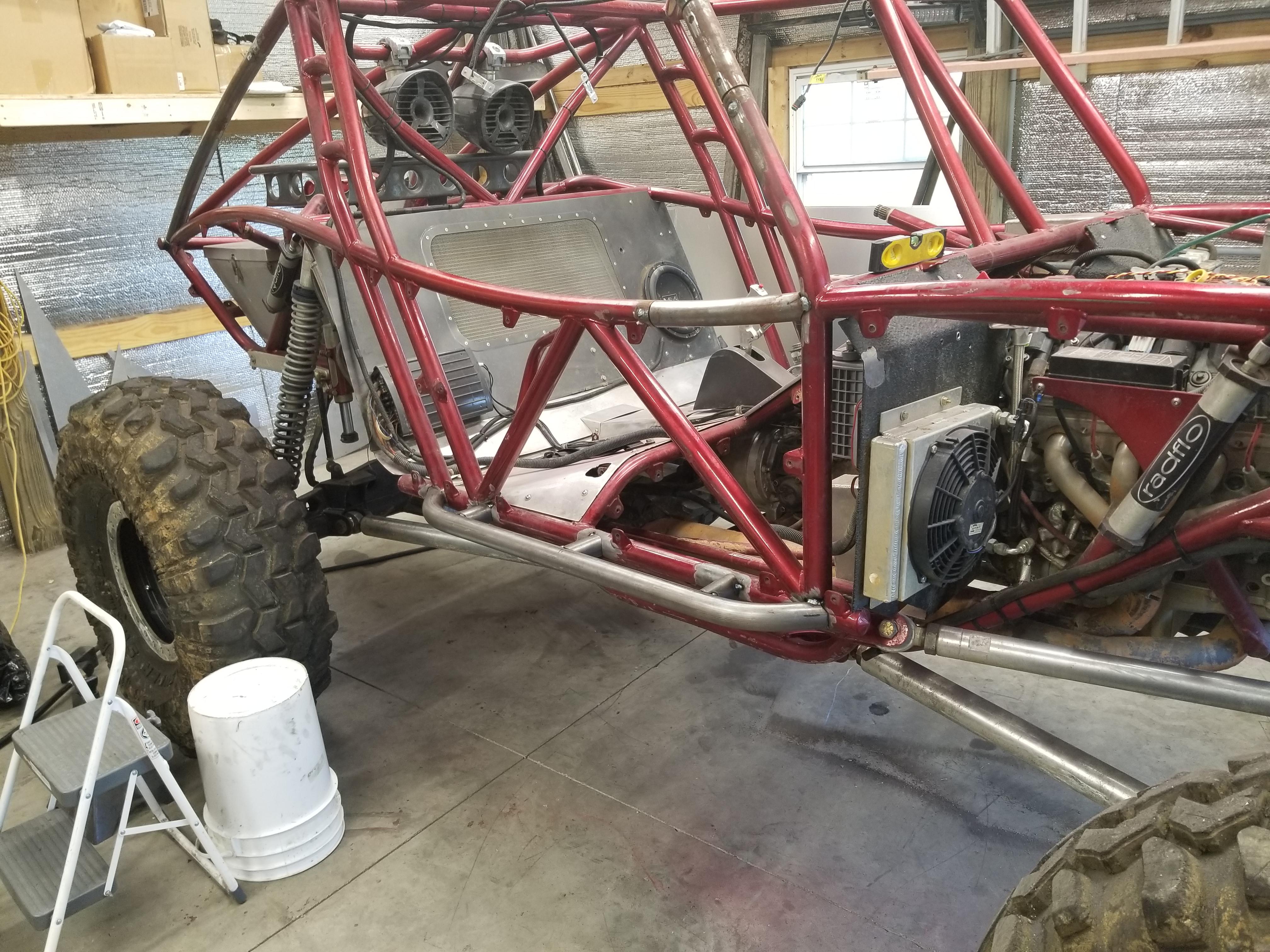 Transmission cooling was one thing Andrew wanted to update. You can see above the smaller griffin fluid cooler he had been using. While it worked ok, it left something to be desired. I have been running a large CBR fluid cooler on my buggy for a few years. We decided that was the way to go. It's a tight fit but it's in there. 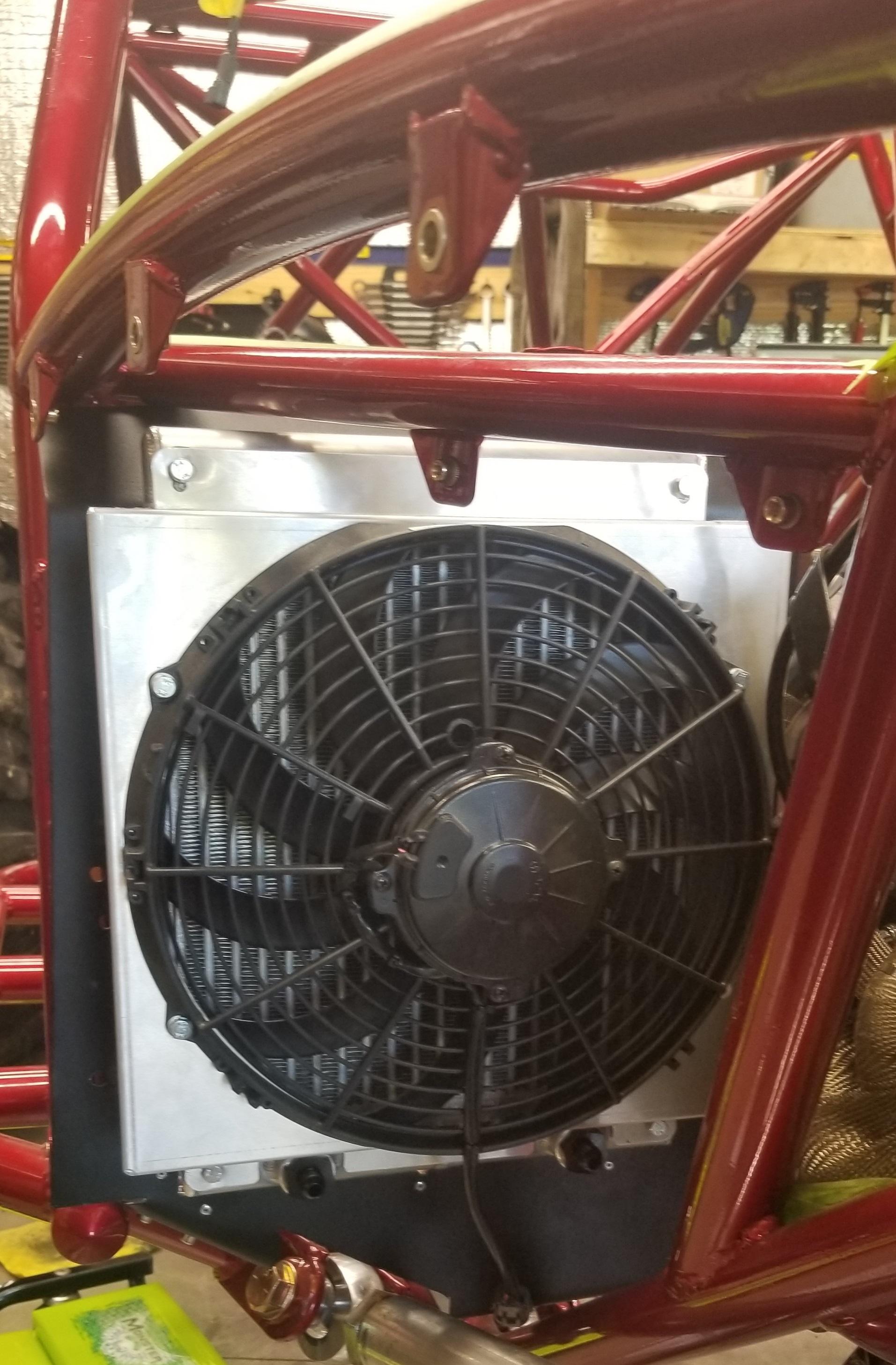 Upgraded radiator was also a must. Andrew hadn't had any major heat issues but it was something he didn't want to have any concern about anymore. Again CBR got the nod. Quality is second to none.

I built a "sandwich" style mount for the radiator. That way any chassis movement does not get transferred to the radiator.

Added a rear "bumper" for them late night trail racing! It's .250 wall if anyone thinks they want to test it! LOL 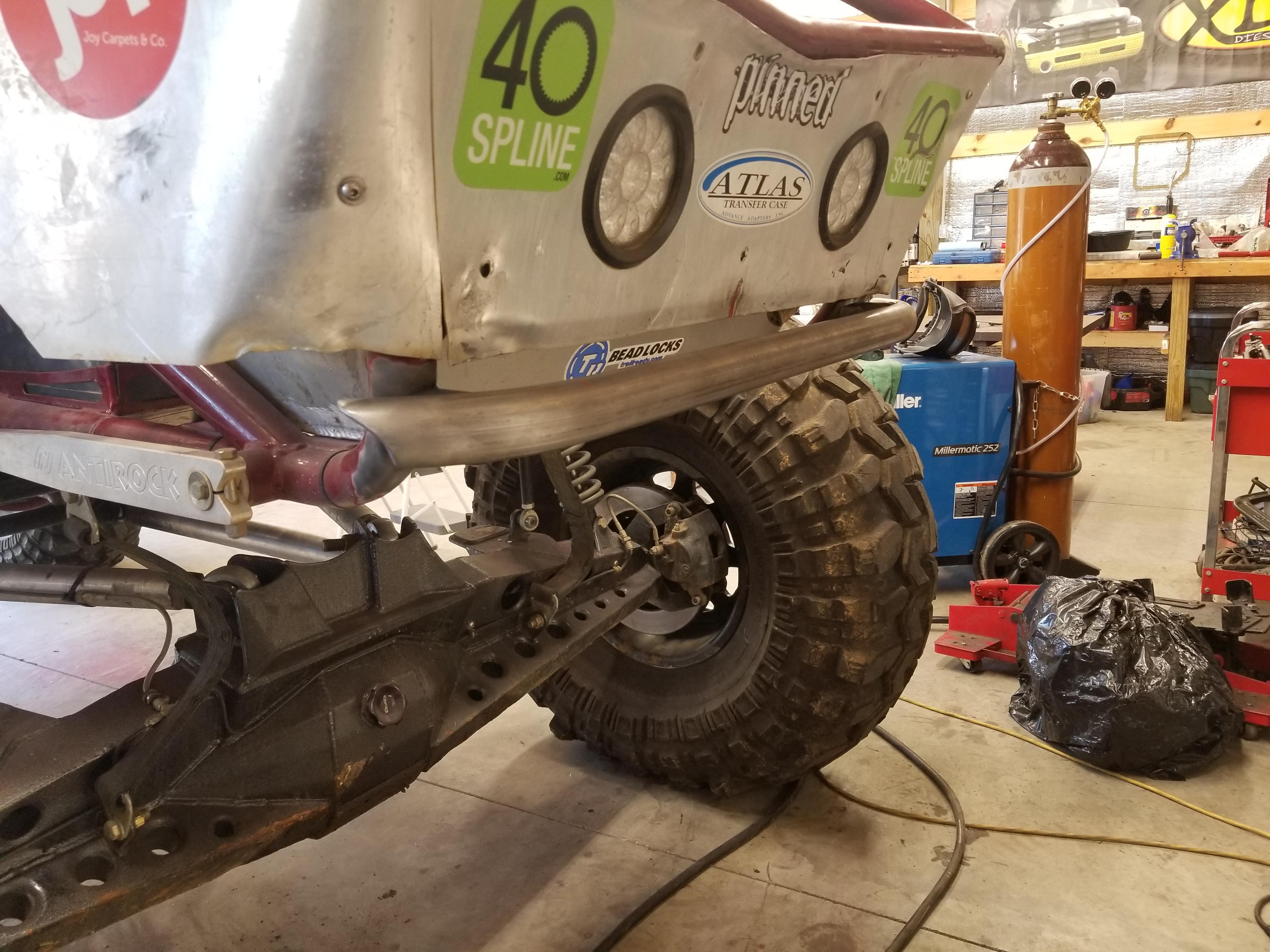 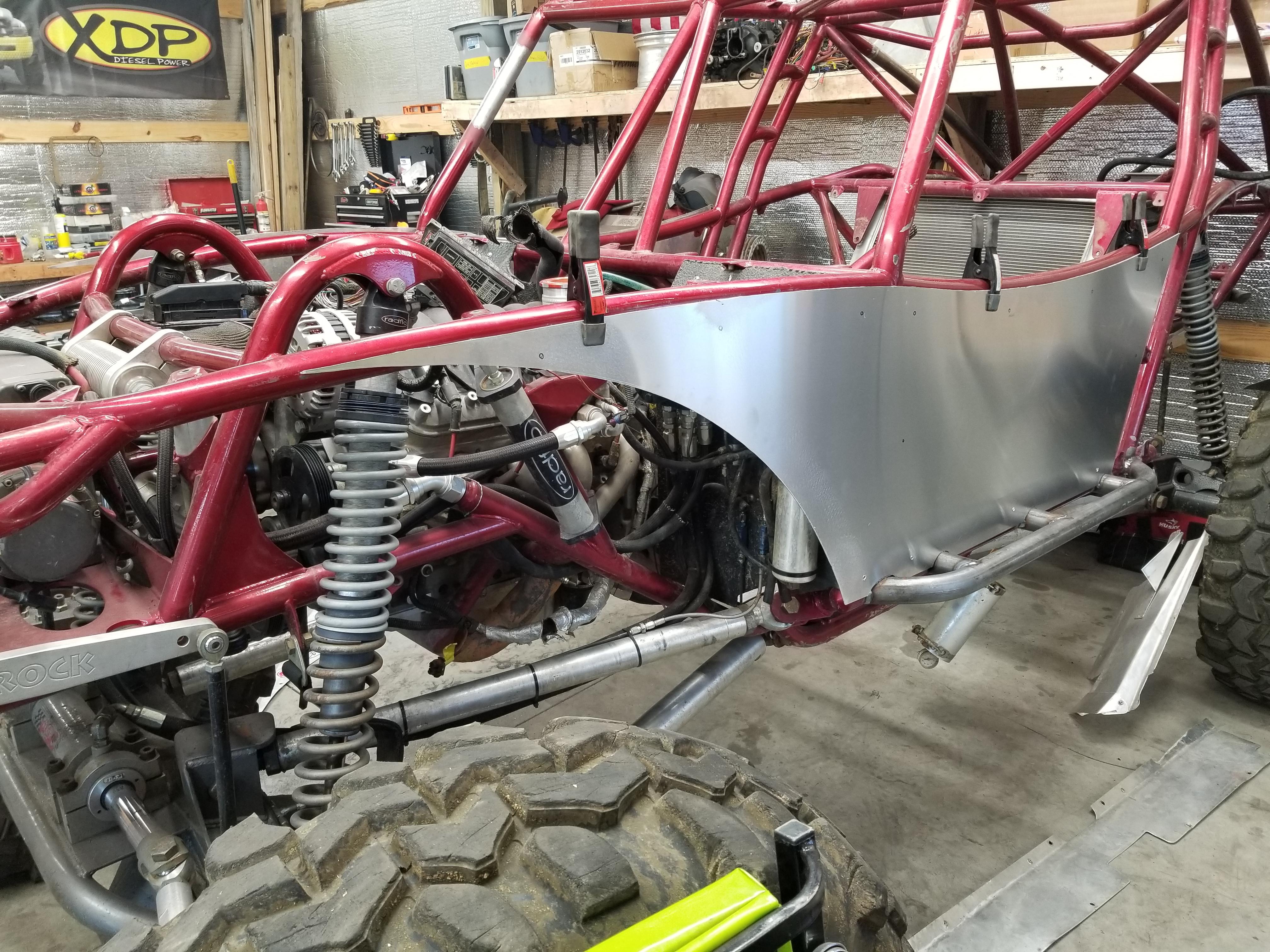 Straitened and reinforced the lower bars on the chassis

Chassis came out great! Superior Sandblasting and Powdercoat knocked it out of the park! 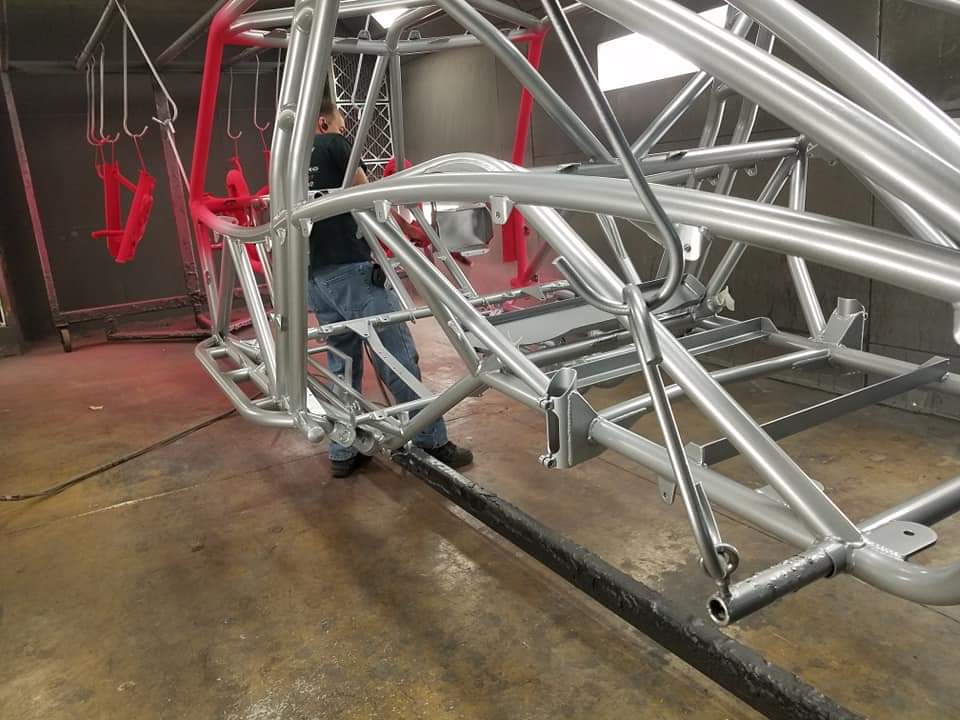 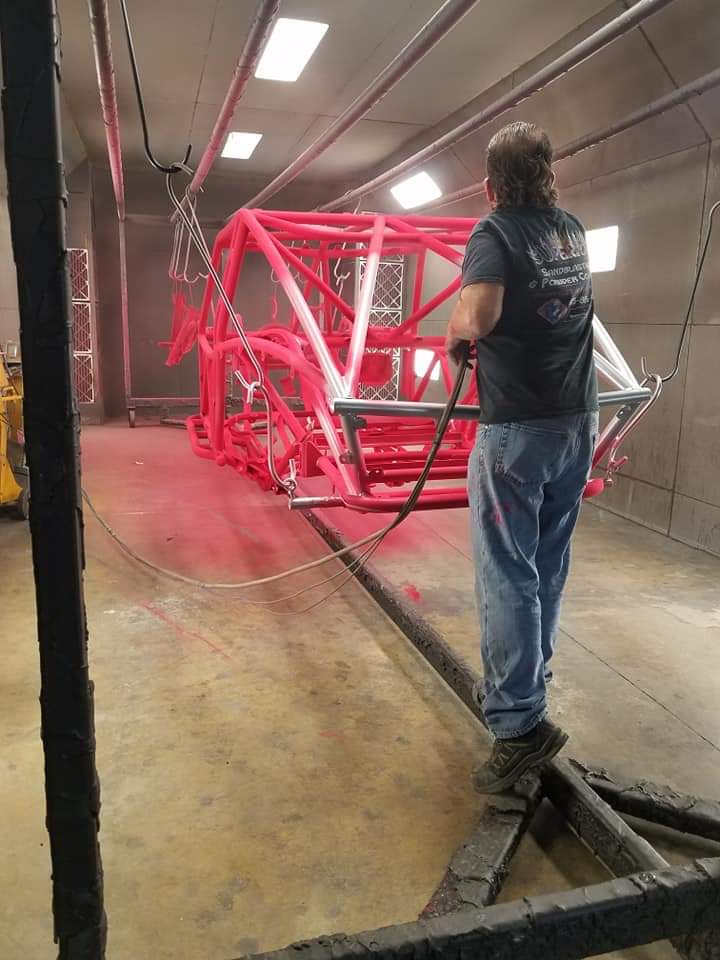 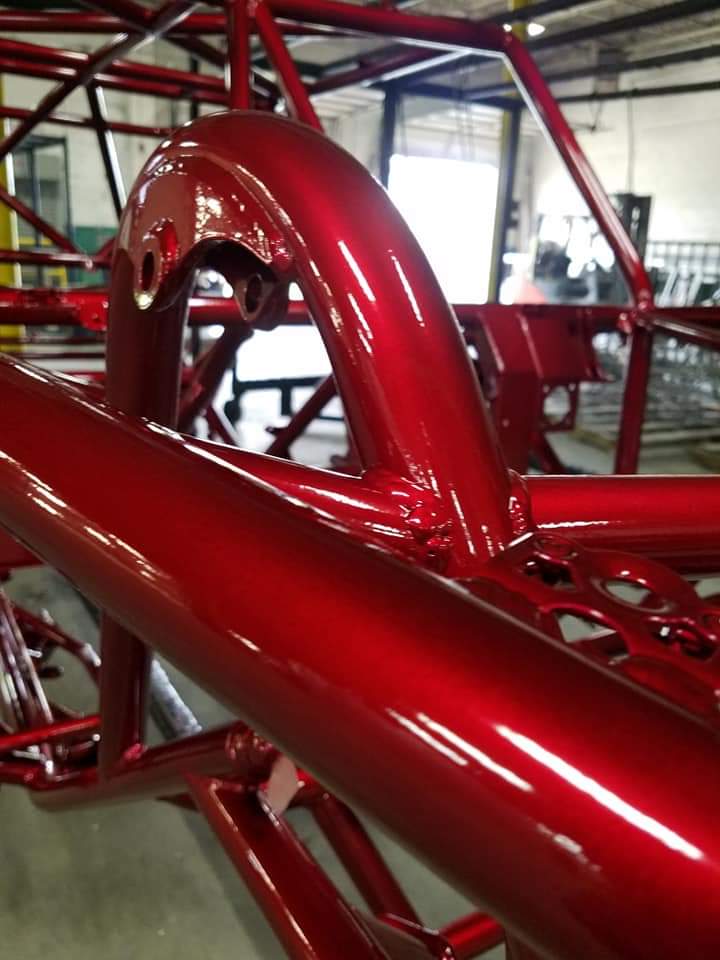 Something in particular Andrew wanted to upgrade was the gauges. He had done a bunch of research and decided on the AEM CD-7 set up. 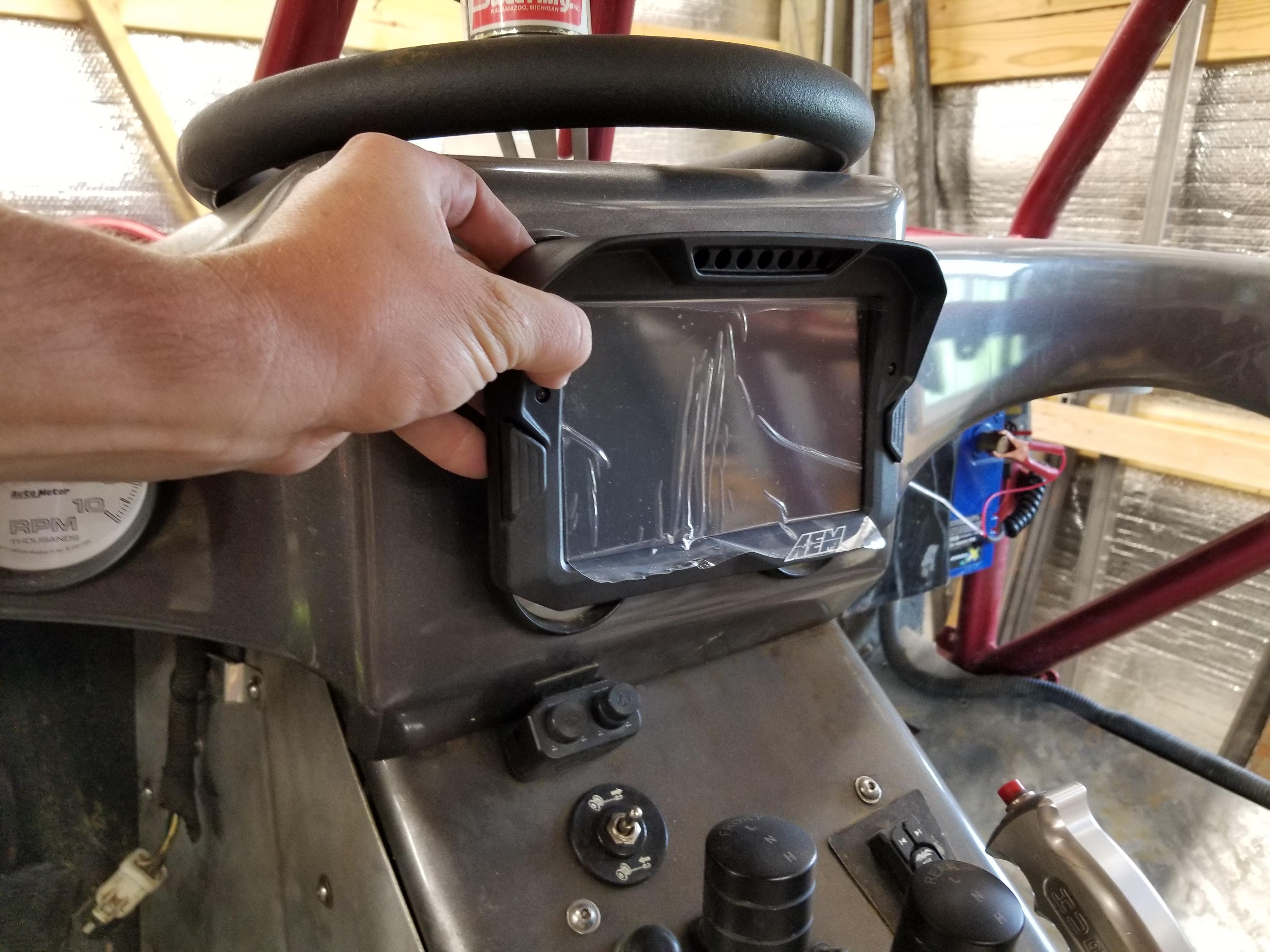 Andrew worked with both MAST motorsports and AEM to get the MAST ECM and AEM CD-7 to work together. This is the basic display you get. Andrew has a custom lay out and back ground he can share.

Both front and rear axles got some love. Front axle was pretty fresh build so I pulled the cover, inspected, resealed everything and painted the housing. The braided brake lines had to go. Steering ram got rebuilt, lightened things up quite a bit with new Mark Williams brake kit and tied the steering arms into the knuckle. 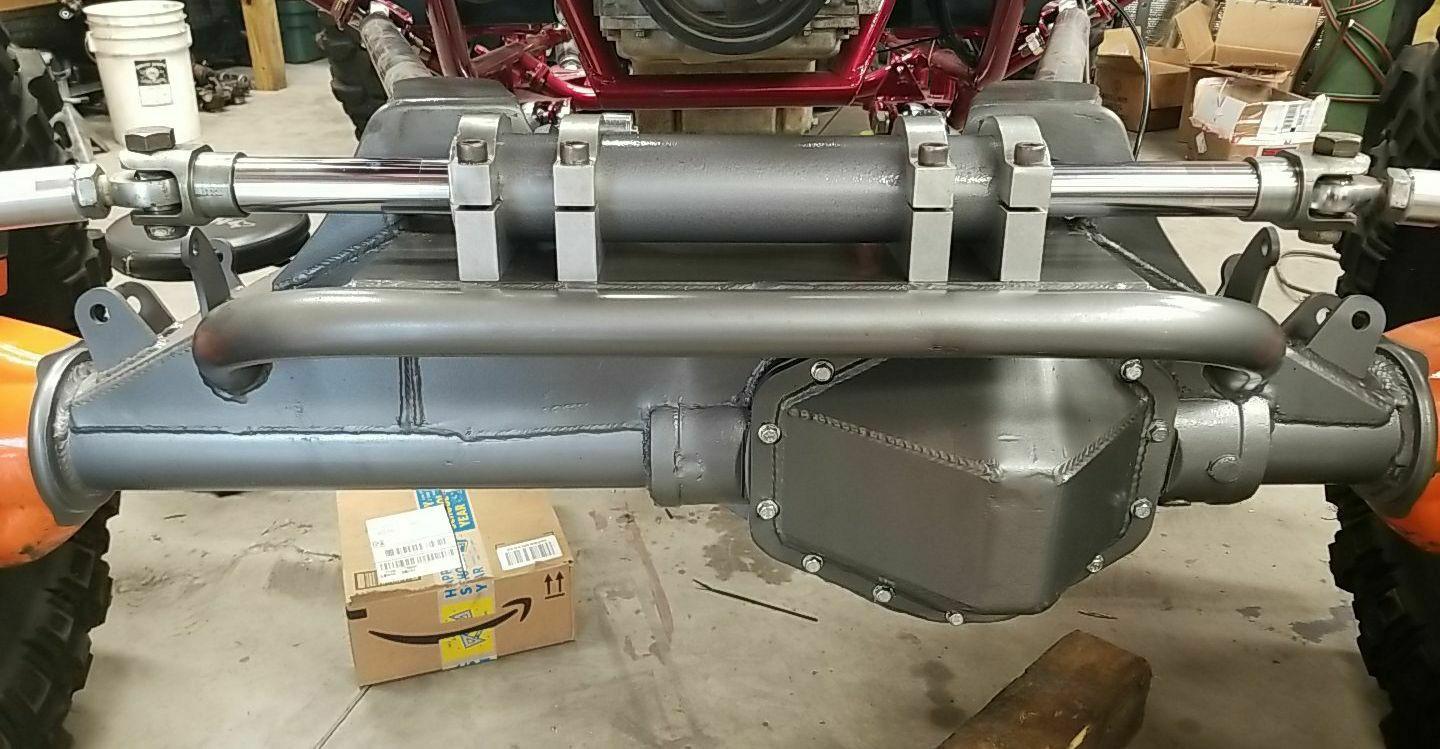 The rear was torn down completely and the third member was sent off to be freshened up. Axle got fresh paint and new Mark Williams brake kit.

We couldn't just go back with the 2.0 radflo's he had before. Andrew pulled the trigger to step up to some 2.5's! I also shortened the stroke on his bump stops and rebuilt them. 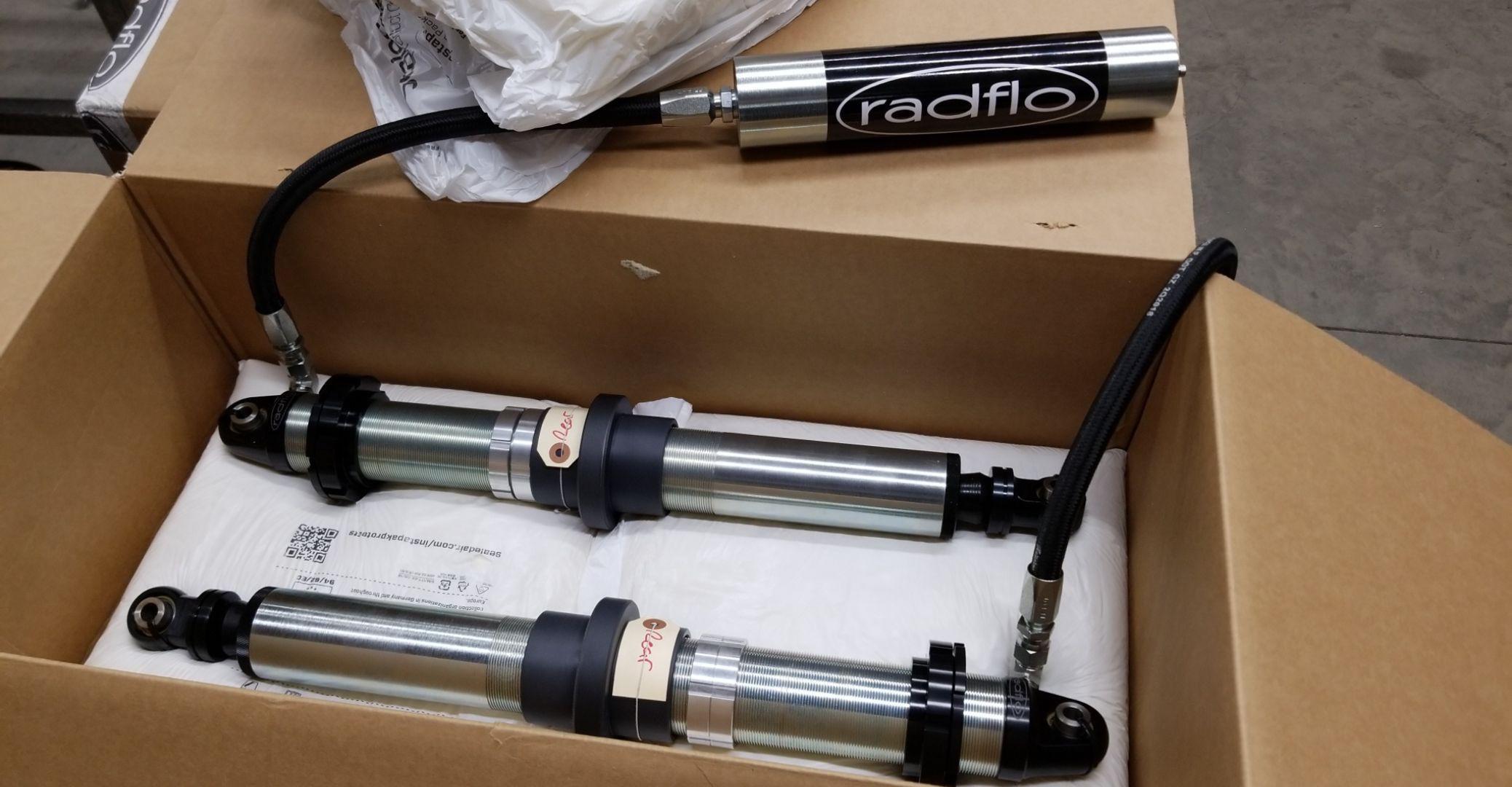 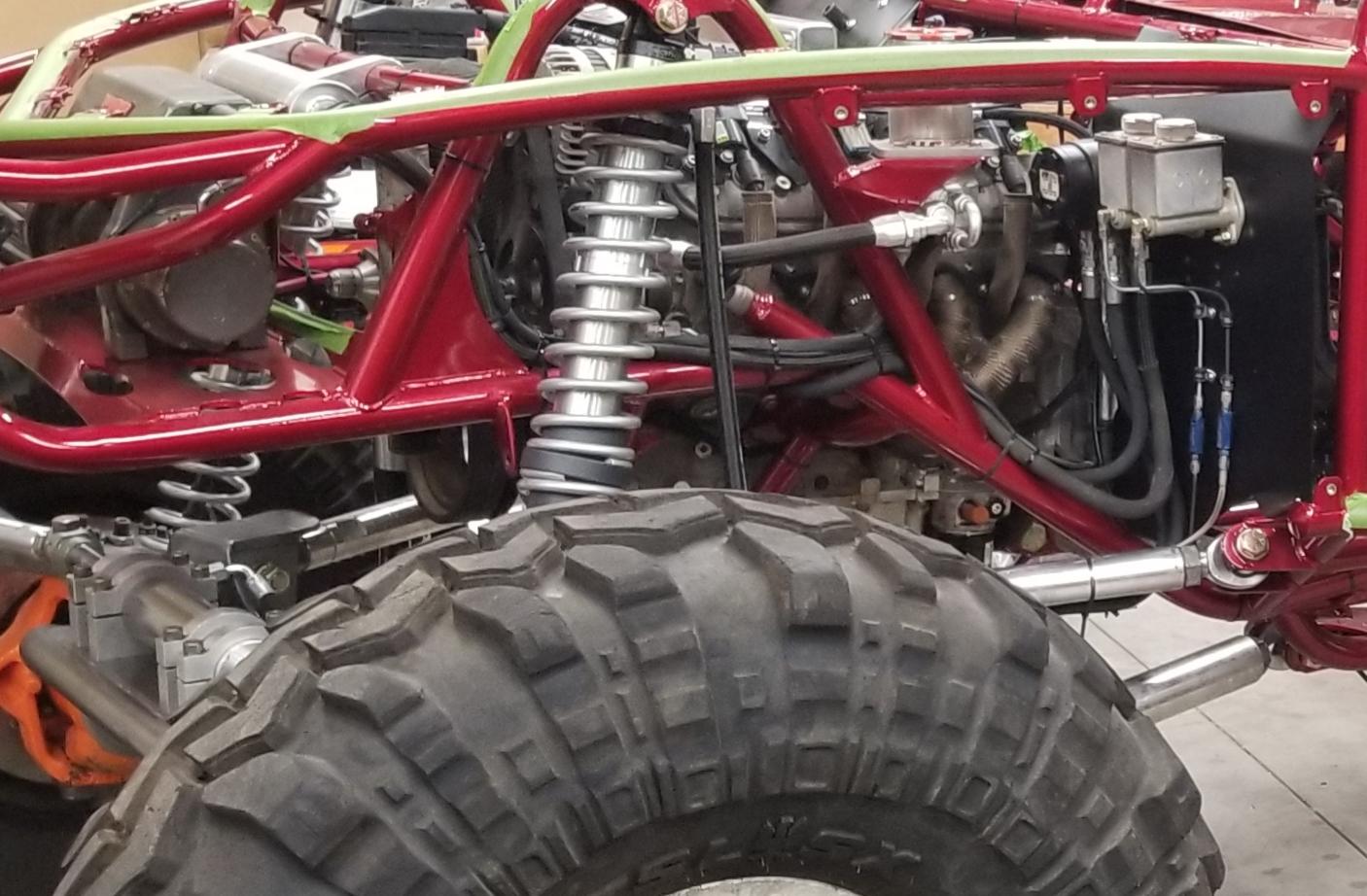 Fresh Sanderson headers with v bands welded on from WOD

New exhaust through out and muffler. All wrapped.

Wiring and plumbing is something I enjoy. I thinned out his engine harness and replaced the plastic loom with mesh. All accessory wiring was replaced. New switches, fuse panels and relays. All new hoses everywhere. 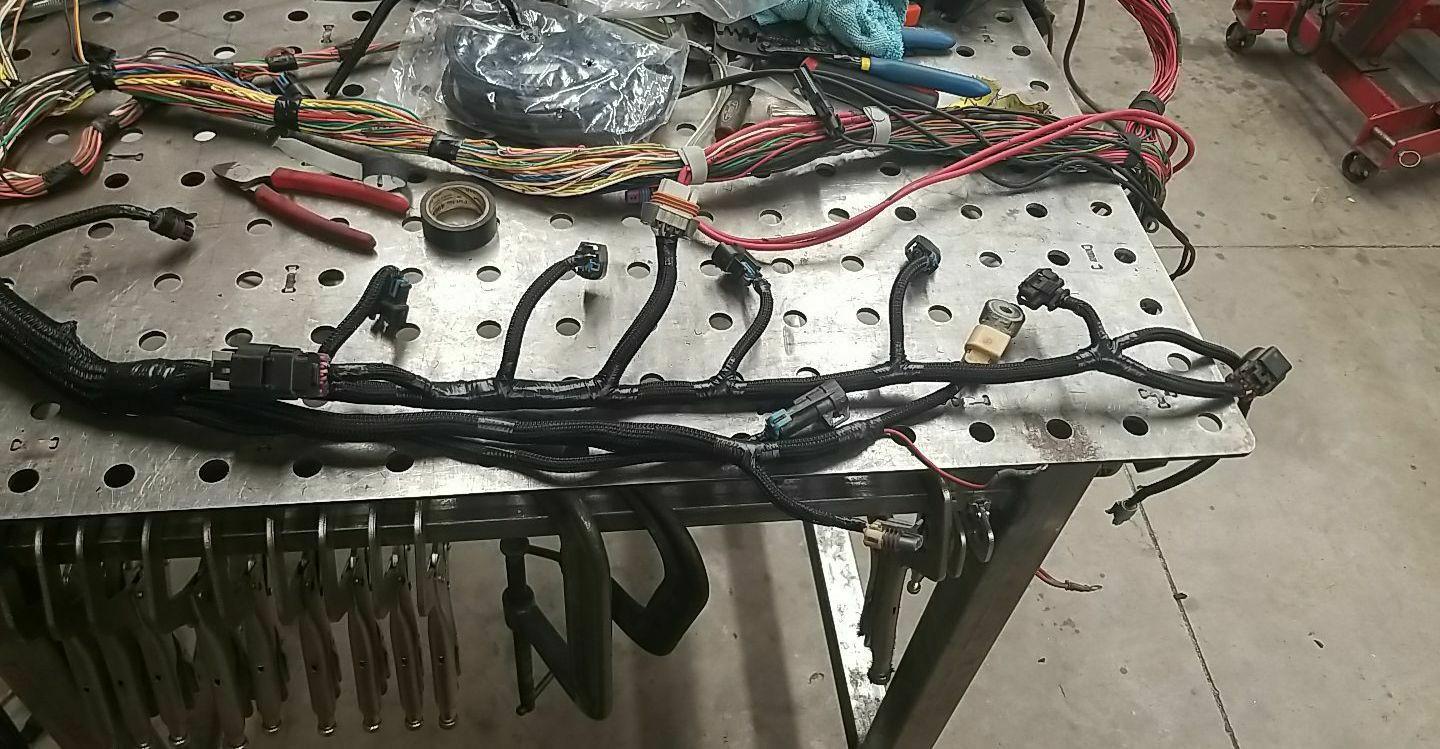 Got rid of this large factory connector 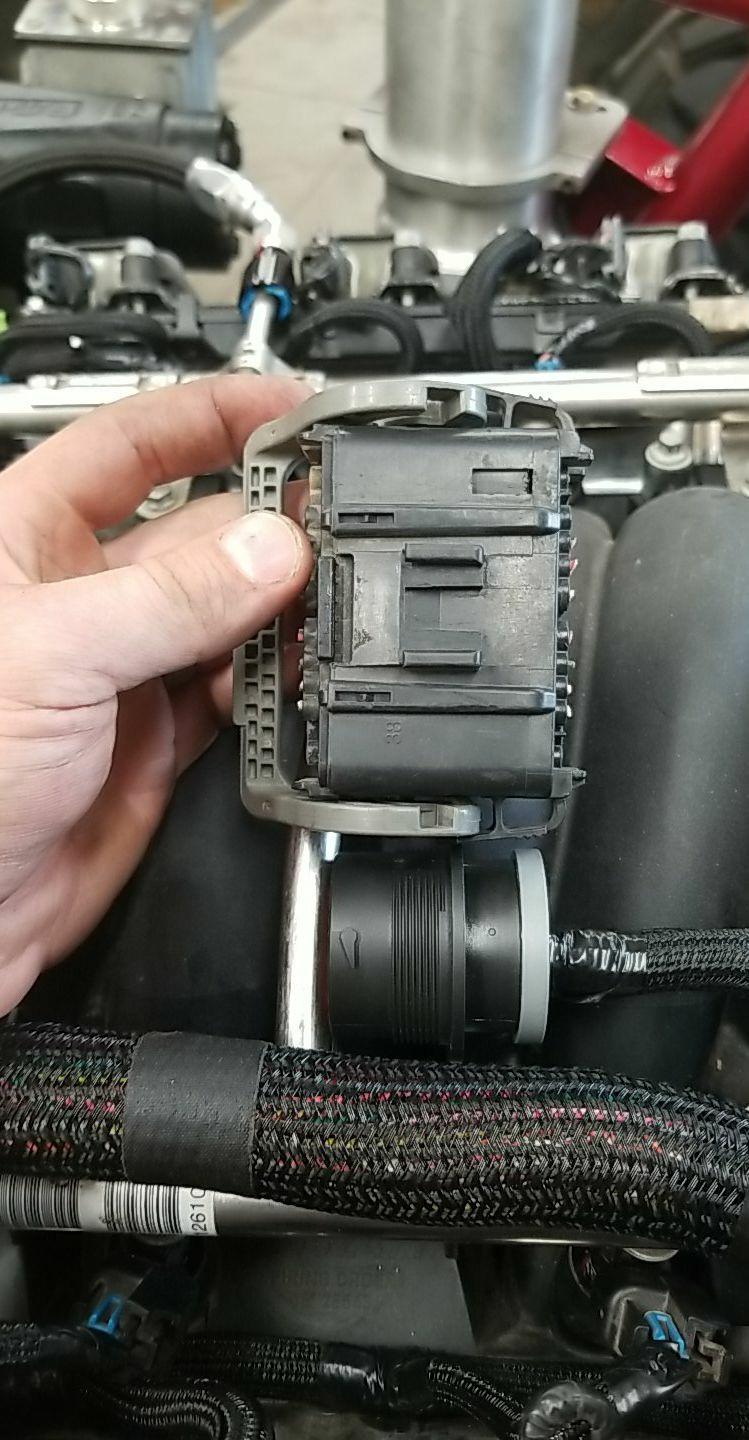 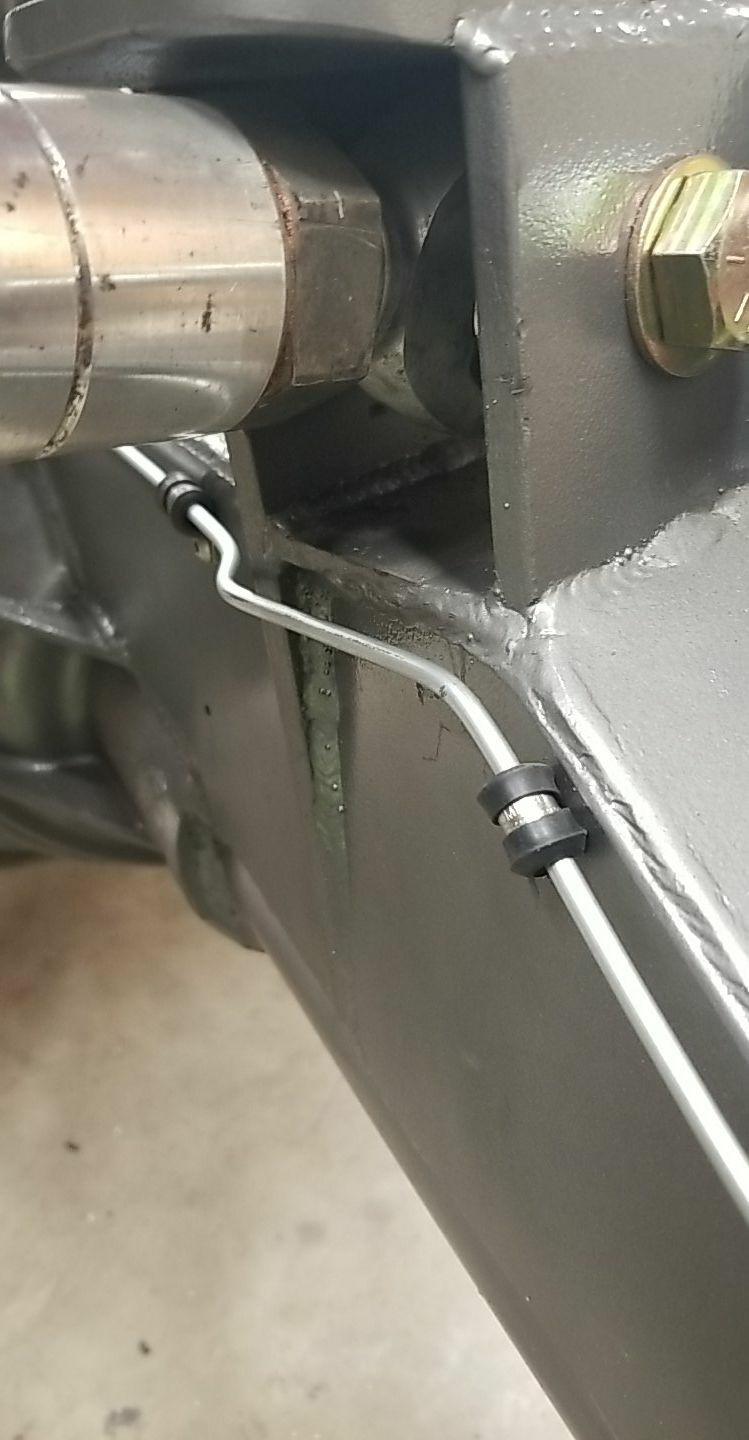 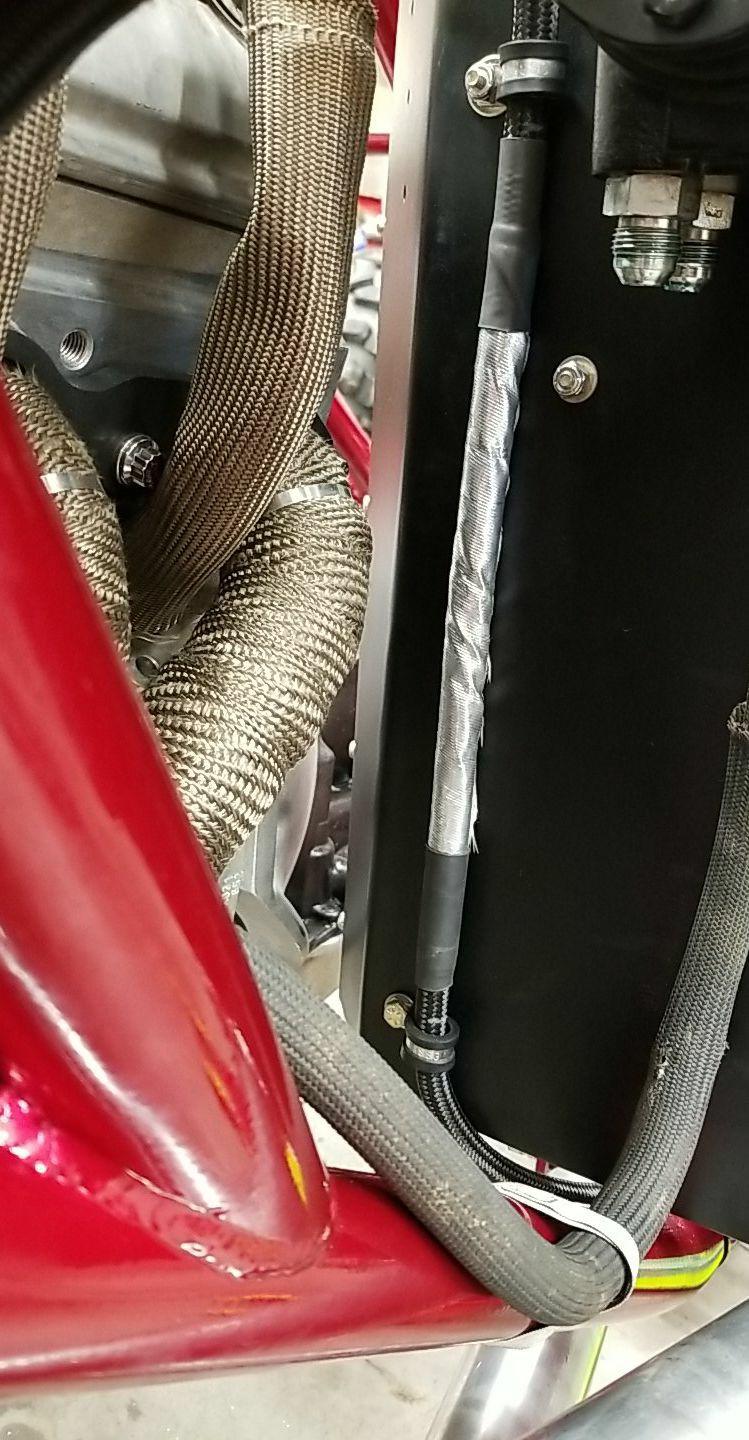 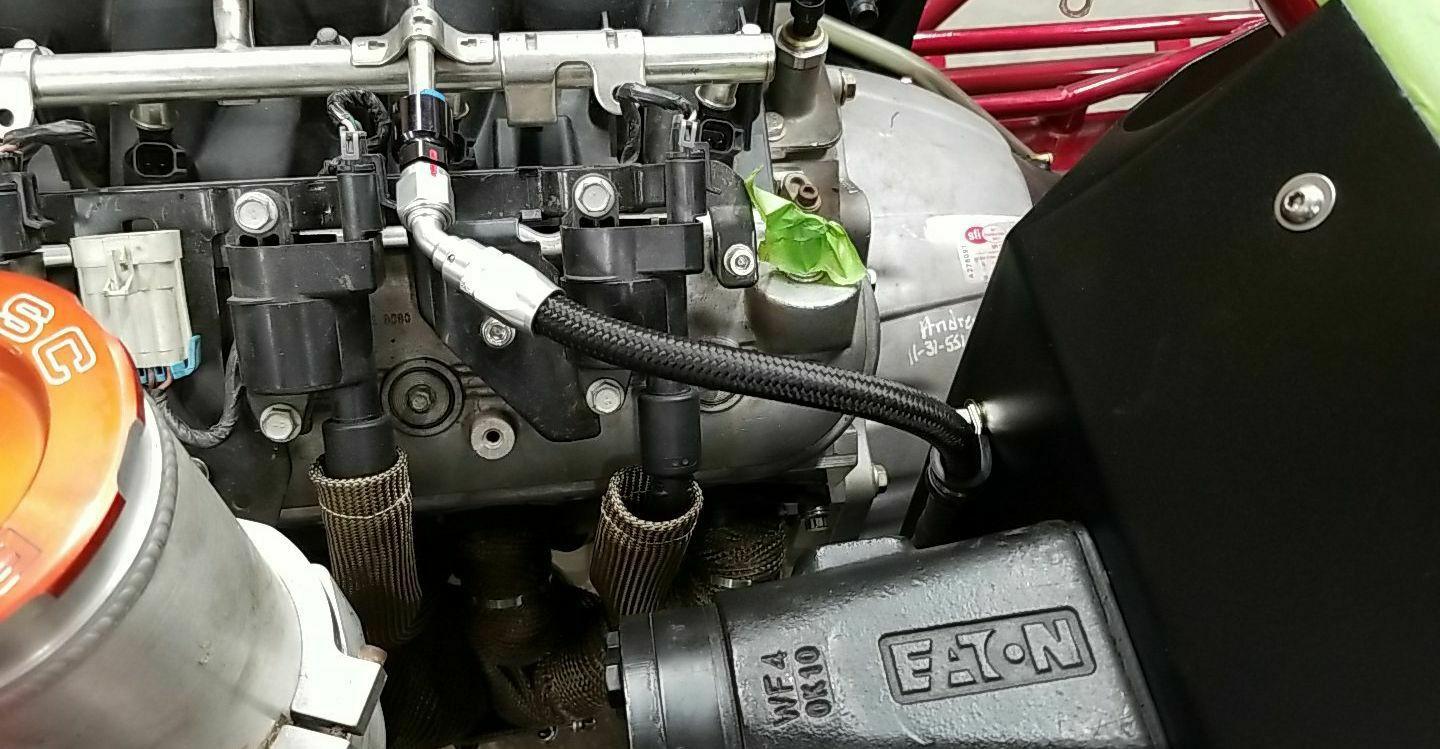 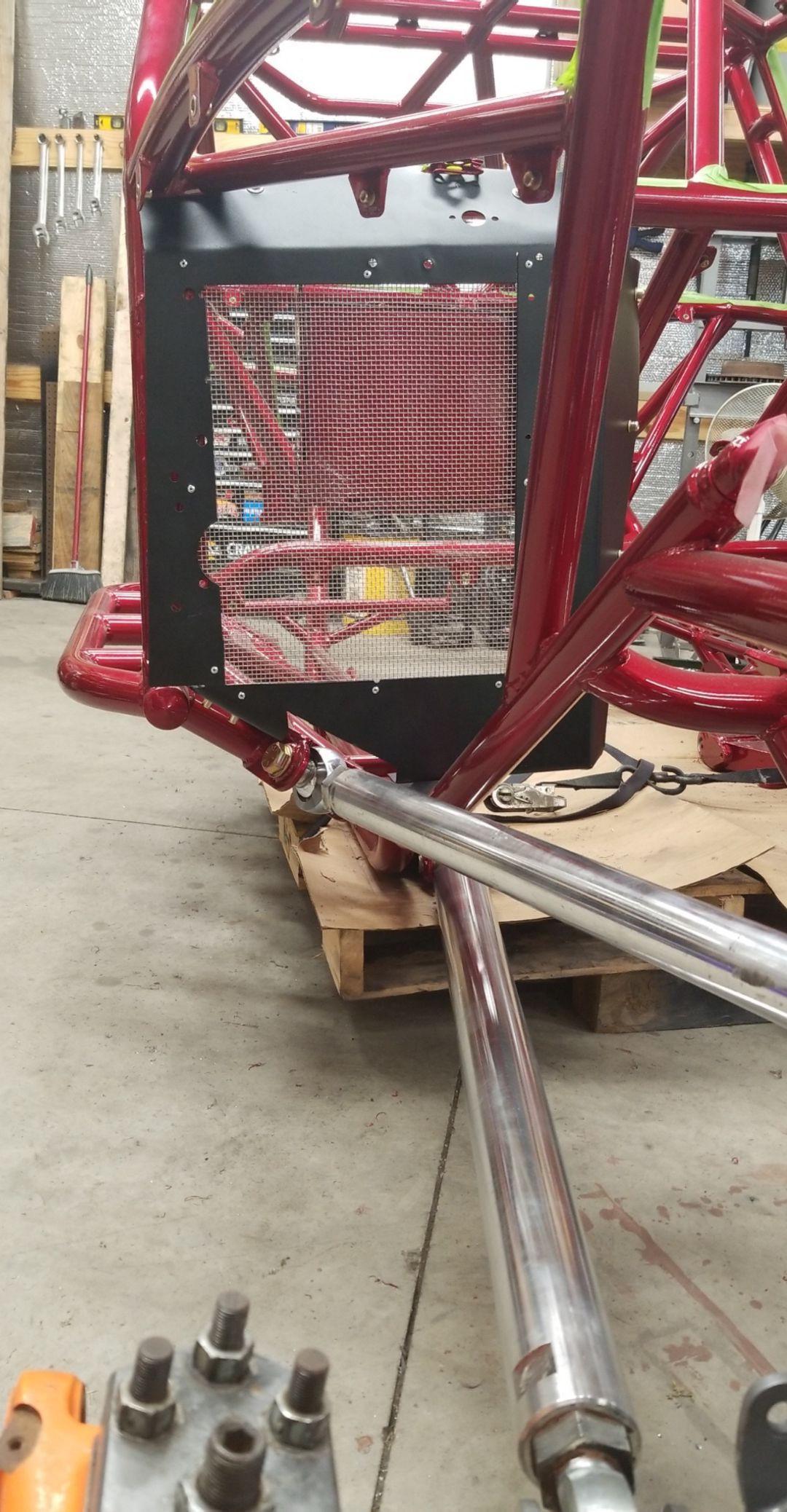 Something I like to do is make sure the link tabs and shock tabs are contacting the shank of the bolts. I buy longer bolts and trim to fit. This gives you the most strength in what I feel like is critical points. 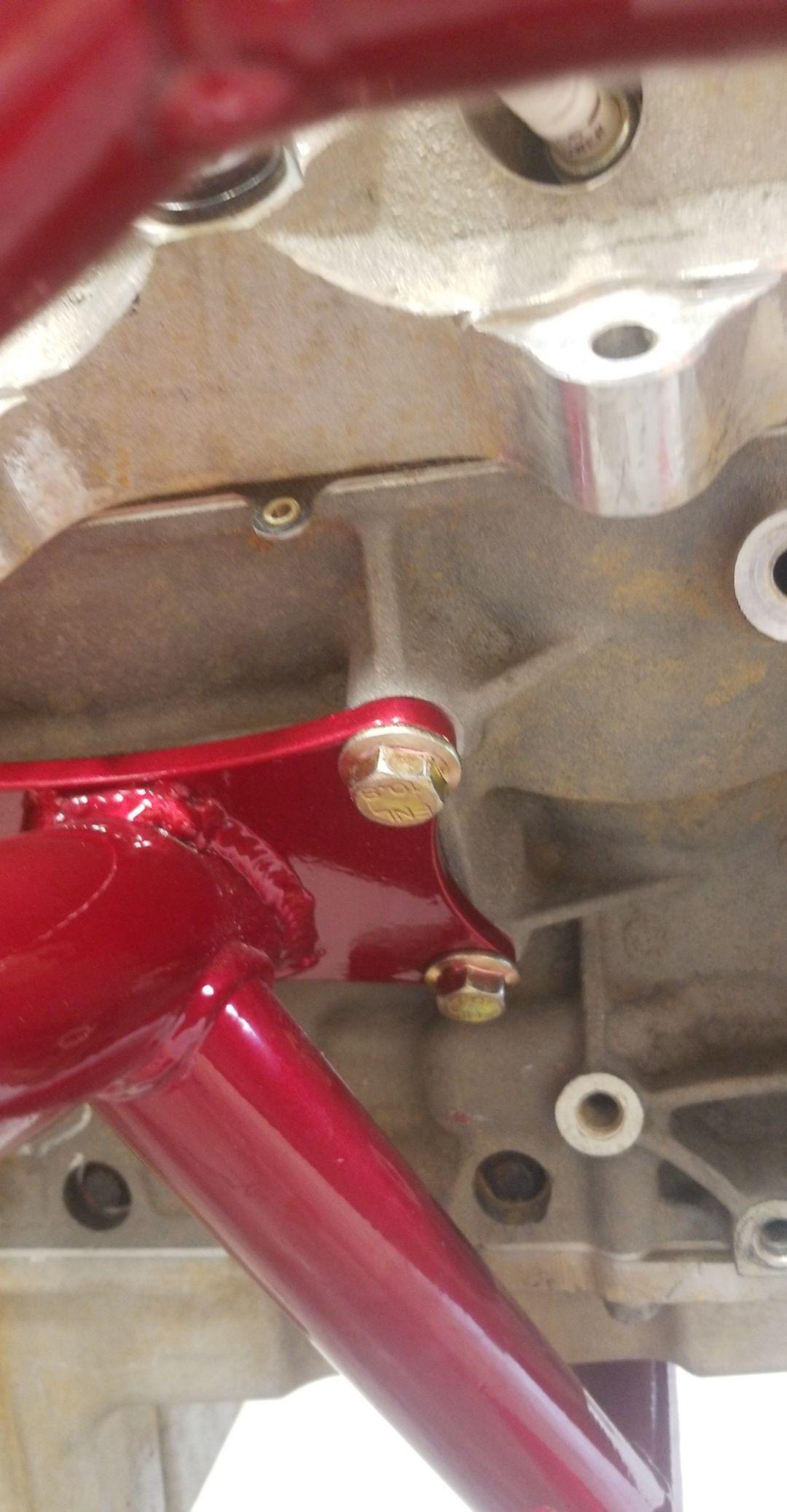 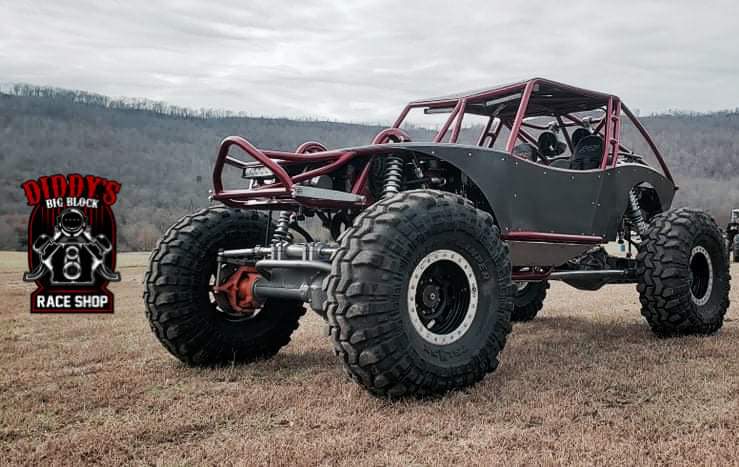 I truly appreciate the chance to rebuild this buggy for one of my best friends. It was a very nice buggy to start with and hopefully Andrew will enjoy it for many years to come.

Any questions yall have about things I did etc, I'll be glad to answer. I hope to be able to keep adding tech to Hardline.
Last edited: Dec 7, 2019

Location
The Land of High Horsepower and Low IQ

wizzo said:
Something I like to do is make sure the link tabs and shock tabs are contacting the shank of the bolts. I buy longer bolts and trim to fit.
Click to expand...

This has always been very important to me and is something I do for everything I build. Their is significantly more strength at the shank than the diameter at the root of the threads. Also the threads like to flatten out or dig into the tab causing it to get loose over time and compound stress.

Buggy looks new and I'm sure will work better than ever.

Turned out fantastic man. Any worry of the trans cooler getting plastered with mud and rocks?

Hold my beer and watch this!

Who can Vulcanize a tire local to Chattanooga? 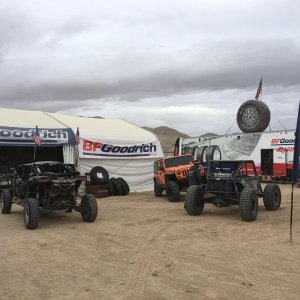 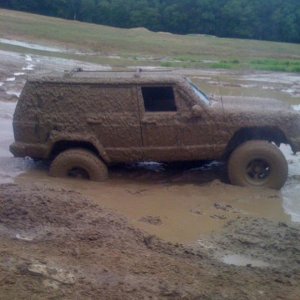 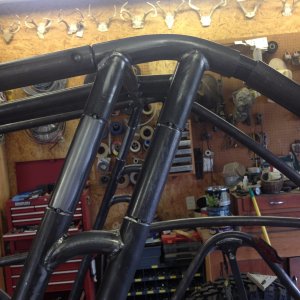 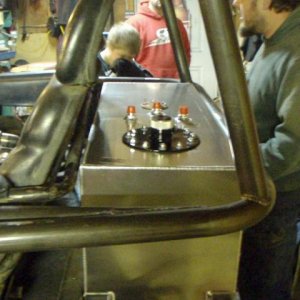 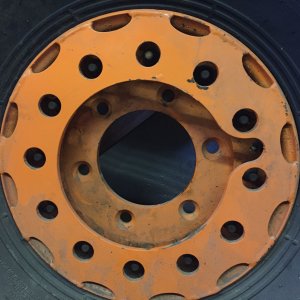 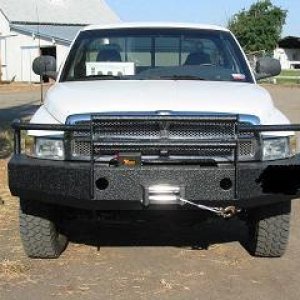 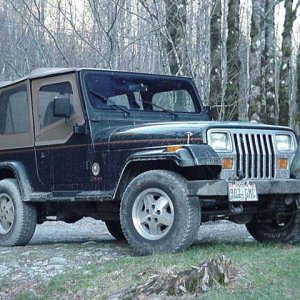 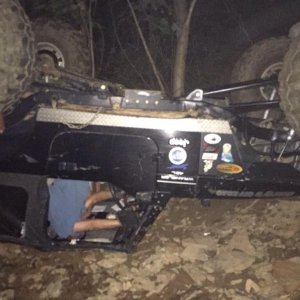 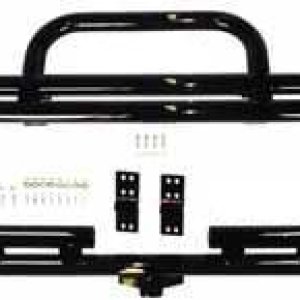