Last weekend at Harlan, Kel and I talked for a short time about trail communication and alternatives to CB's. The conversation started when Kel saw our group getting our UHF radios synced on the same channel. This past weekend happened to be the first trip I got the chance to use my new UHF/VHF radios I purchased strictly for trail comms. In the past, I have always used a CB radio for trial communication with mixed results. I never took the time to have my radio and antenna properly tuned and I know that had a lot to do with my results. My experiences with CB's were never the greatest. Sometimes they worked great and other times they were horrible or completely useless depending on the location. Not to mention the big ass antennas flopping around driving me nuts. I have been interested in these new Rugged Radios for a while but could not bring myself to pay the price they are asking. I am a tight ass and will always look for cheaper alternatives. There is a thread on another site that I visit from time to time discussing this very thing. A lot of the research the folks over on CORE have already done. Waffle on here is on that site and he did a lot of research and posted his results on that site. I need to give him and CORE a lot of credit because most that I know about this subject came from there. I am by no means very knowledgeable about these radios or the FCC laws that govern them. I am also not going to get into the laws and specifics of what wattage can be used on what channels and what licenses are required for what frequencies. I recommend anyone that is looking in to these radios to research the FCC laws and regulations and then make your own choices as to which route you would like to go.

Here is a link to the thread over on the CORE site:

The first radio I purchased after a local club had a few members gave some great reviews after using it for their club runs. It is a basic UHF/VHF dual band handheld transceiver that runs at 1 or 5 watts. This can be programmed with 127 channels and can operated in either UHF or VHF. I programmed it with the basic 22 FRS channels using the keypad on the front of the radio. No special software or equipment is required. The 22 FRS channels are the same channels that the multi radio packs that you can purchase at all the big box stores. Those radios operate at .5 watt and don't have much range over line of site regardless of what the package says. Here is a link to that radio on Amazon:

The Baofeng radio has worked flawlessly. I have used it on several occasions since its purchase and I am very impressed. On the high power setting I have talked to people at least 3 miles away. The audio is always very clear and there isn't all the crazy adjustments and tuning required like a CB. I will be purchasing another Baofeng HT in the near future but it will more than likely be a 8 watt unit for a little more range.


The second radio I purchased is a 12v unit the mounts in my rig similar to a CB. This unit is 20watts on UHF and 25 watts on VHF. This radio was brought to my attention by my cousin who found it on RZR forum on Facebook. There is a guy on a forum called RZR Crazy that sells a IP67 waterproof rated radio for $200 that he preprograms. The price isn't bad but I wanted to see if I could find something cheaper. Ebay was the ticket:

This is listed at $109. I bought a dual band antenna for about $20 got it installed in the rig and then started to learn to program the radio. The radio comes with the programming software and cable. I used the same channel list I used to program the handheld and after about 30 minutes had the radio programmed and working. So, for under $150 I have a high power mobile base unit that is comparable to Rugged Radio and at a fraction of the cost. I have heard reports of people talking up to 10 miles apart on this radio and I believe it. No matter where I was on the mountain this past weekend was I able to talk to my group. Even after the wire fell out of the antenna mount(I forgot to tighten the set screw), it worked flawlessly. I have now updated the program to include all the NOAA weather frequencies and the MURS VHF channels. There were several people in our group using the UHF radios this past weekend and I think everyone seemed to be impressed. They work with the cheap box store radios as well.

Again, I am leaving it up to you to research the laws and regs and decide for yourself if you would like to make the jump. I am taking a chance with the high power output I know. I figure if Rugged Radios can get buy with selling the high power units without a license, I should be ok as long as I am not using it for commercial purposes.

My friends and I all used Rugged Radios (or similar). The race radios have better range and better quality. Highly recommend!

This was something I meant to add to my list of things to do before the next big ride. I was jealous of the conversation being had throughout the day. Might be why every time I asked where we were going next everyone was looking at me like...where the hell has this guy been?

I guess I should mention that my experiences with this is very limited and I learn more each time I use these radios. I am sure there are several folks on here with much more experience and knowledge. I have yet to see any info on this subject here and Kel and I thought it would be a good discussion. Please feel free to add any info to this as I am interested in learning more. These radios could be valuable in a SHTF situation as they can access all marine and HAM frequencies also.

I've used frs radios and imo, are almost worthless on the trails. can't hear them at all. currently using a cb with external antenna and that's much better. I've been tempted to add a "rugged radio" style as well. that way it covers both parties for the most part. seems you're right, most of the people I wheel with use CBs, VHF, or yell to each other

should be an interesting thread.

TRD said:
My friends and I all used Rugged Radios (or similar). The race radios have better range and better quality. Highly recommend!
Click to expand...

That seems to be what the big groups are using at Windrock. I don't really see the old CB's used much anymore......'cept for the old timers with their whippy antennas.

There's normally 3-5 in my group, so we just stay within sight of one another and stop at intersections.

Never going back to a cb! I have the baofeng hand held and love it. Cb for sale with wires, coax and antenna. $10

Forbanger said:
Never going back to a cb! I have the baofeng hand held and love it. Cb for sale with wires, coax and antenna. $10
Click to expand...

Forbanger said:
Never going back to a cb! I have the baofeng hand held and love it. Cb for sale with wires, coax and antenna. $10
Click to expand...

Yup!....I never turned my CB on while we were at Harlan. Told Dana it was coming out before the next time we take the truck out. Getting rid of that stupid antenna too. I will give mine away.
C

The rugged stuff is worth the money. Sign up for the newsletter and watch for the sales. They do 25-30% off a few times a year, next sale probably Xmas time.

I don't know how true it is but I've heard the rugged radios are made by baofeng.

Scooter, I need to get with Chris. The radio I left at his shop worked great. I could be at camp in Putney and talk to people at mason jar. Hopefully it works with yours.

Forbanger said:
I don't know how true it is but I've heard the rugged radios are made by baofeng.
Click to expand...

As far as visually, I would say they are the same. I think the selling point to Rugged would be having all the offroad and common channels already set up on there. There may be a few other software tweaks, but
I couldn't say for sure.

squeak12 said:
As far as visually, I would say they are the same. I think the selling point to Rugged would be having all the offroad and common channels already set up on there. There may be a few other software tweaks, but
I couldn't say for sure.
Click to expand...

Mine came with that as well. I don't know where it was originally purchased tho.

what the hell is an aluminum falcon?

Is Jeremy Dickenson on here james? He would know where he got them... love mine as well, never had good luck with cbs

I've heard from a couple friends their customer service is top notch. I've had one good experience with them so far

James and Scooter...I'm gonna need a crash course on the handheld along with which channels I should load. It's been a long time since I operated a CB, and I've only had limited experience with these radios and some 800mhz with work.

I ordered the UV-5R which should be here tomorrow.

BTW I came across this in case anyone was interested...

The pre-programmed radios is a nice selling point to the Rugged Radios. I still could not bring myself to pay the price they are asking when I can get them so much cheaper. Don't be afraid to try to program a radio. The Baofeng hand held is easy to program. The TYT TH-8600 comes with its own software to program the radio and it is easy to use. I wrote the program and cloned my radio in about 20 minutes. Once the program is written for the TH-8600, you can program as many as you want. Takes 30 seconds once the program is created.

I have been looking for a frequency list from Rugged and they keep them password protected. I will get my hands on a Rugged Radio before to long and will try to read that program using C.H.I.R.P. Chirp is a program free on the interwebs for programming UHF/VHF radios. It works with most Baofeng models and others as well. It does not support the TH-8600 at this time but does support other TYT radios.


Here are the list of the FRS frequencies:
https://www.buytwowayradios.com/blog/2006/07/frs_and_gmrs_frequencies.aspx
Note that channels 15-22 say GMRS...those are also now FRS channels for the 22 total FRS channels

Here are the MURS Frequencies:


Here are the NAOO weather frequencies:

The NOAA and MURS are VHF frequencies and I am finding that a lot of the Rugged Channels are VHF. The FRS/GMRS are all UHF. Because of this, I recommend purchasing dual band radios so you can access all the channels available.


Edit: Dang Ryan.....guess you are better detective than I am. 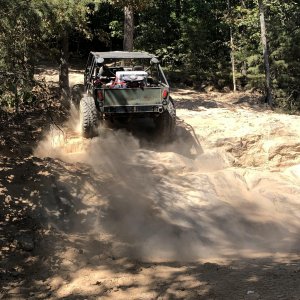 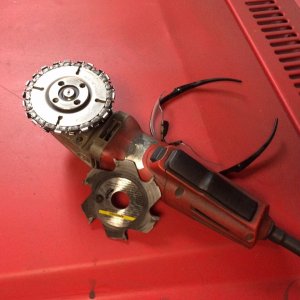 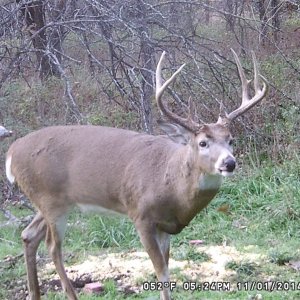 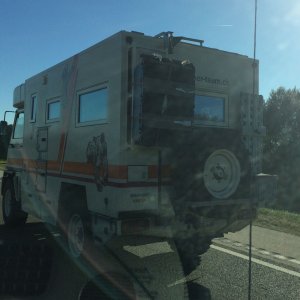 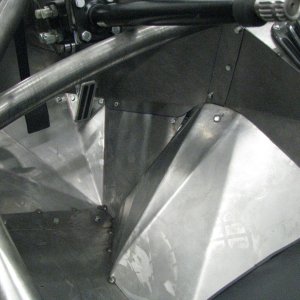 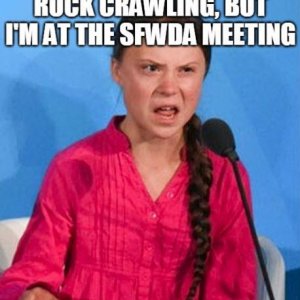 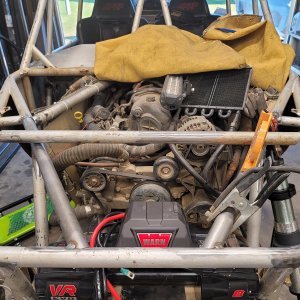 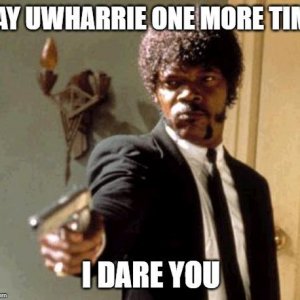