Cage Rebuild on my 85 Toyota

Spray bombed the cage today. Getting a little closer

Cage rebuild is complete. I've spent the last few weeks getting a bunch of little stuff wrapped up. I remounted the lights and radiator. Plumbed, wired, and mounted the new Derale trans cooler. Switched out the old bulky plastic toolbox for a more low profile aluminum box. Recessed the cooler in to the bed about 8 inches. I used to carry extra fluids in the old box but this time I bought a fluid carrier from Sinister Fabworx and mounted it just behind the cab. Going with the smaller toolbox and dropping the cooler into the bed really helped with my sight lines when looking backwards. I also installed an in-cab winch control panel from 12voltguy and installed a new windshield.

All in all, I am really pleased with the end result and you can hardly tell the truck was ever rolled from a distance.

You can still see the A pillar damage if you look for it and I had to fill in some gaps around the windshield with sealer in order for it to sealed.

Haven't been on the trail since I rolled it in October. Gonna head to Windrock this weekend and shake the cobwebs off. 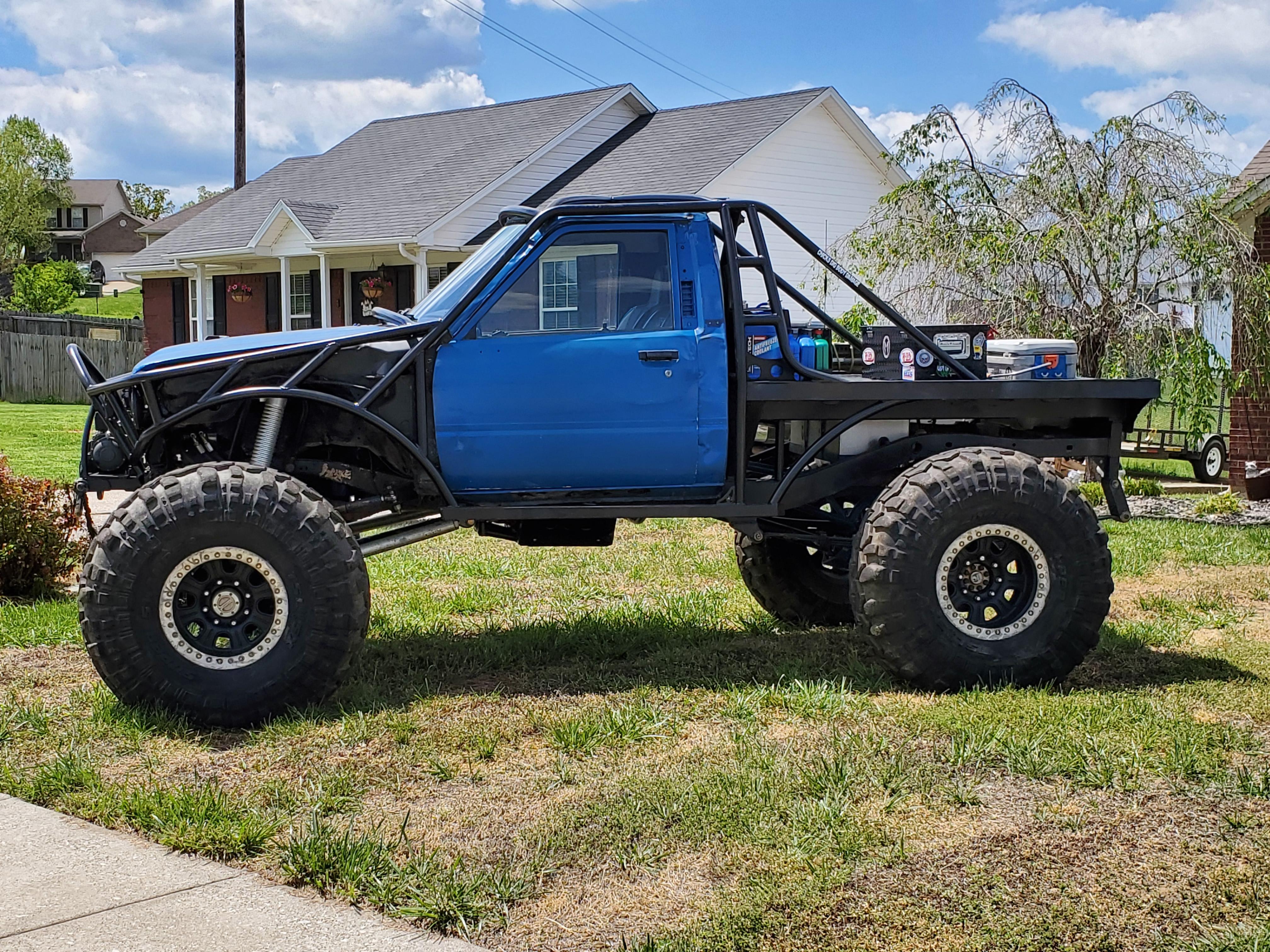 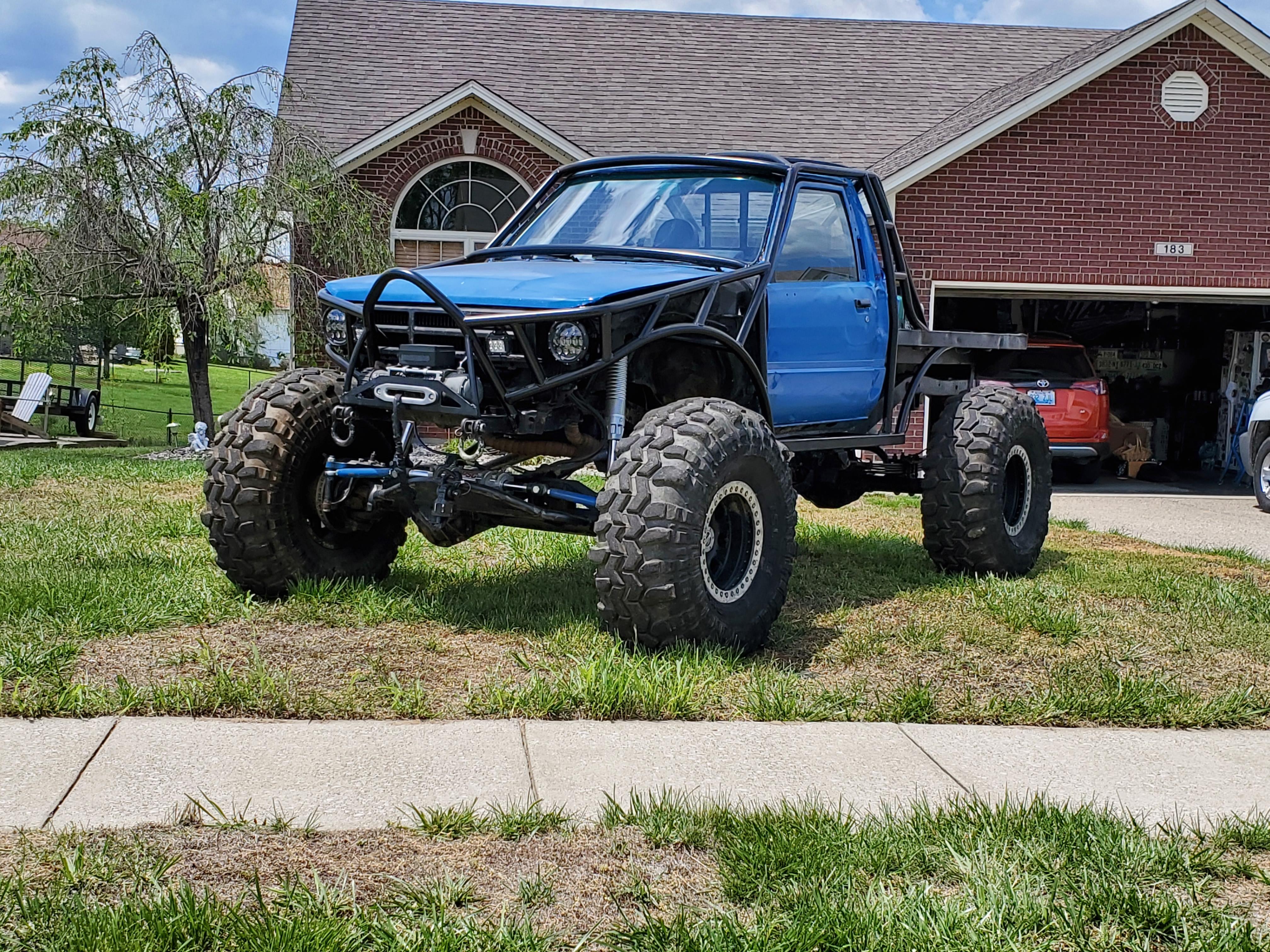 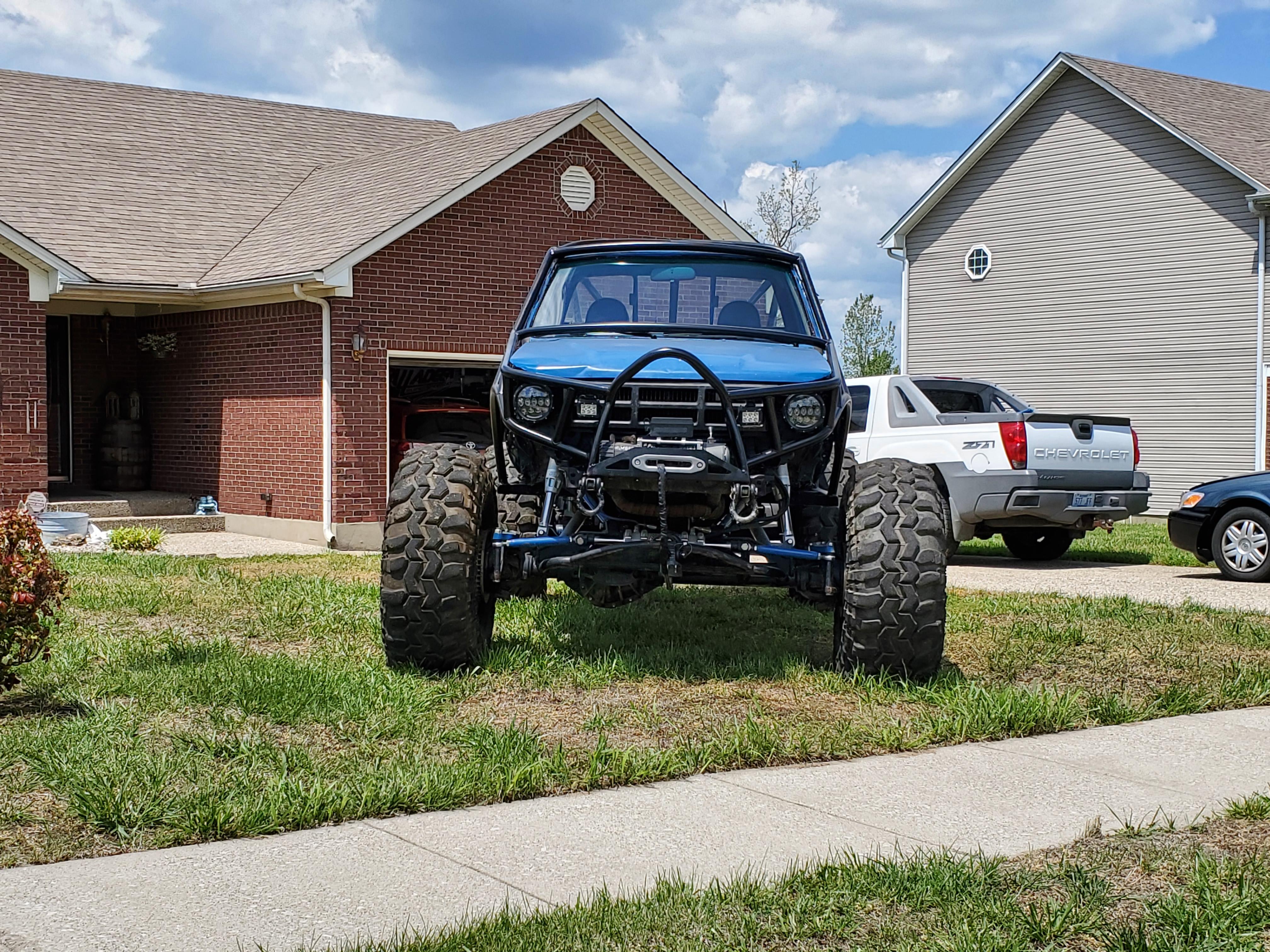 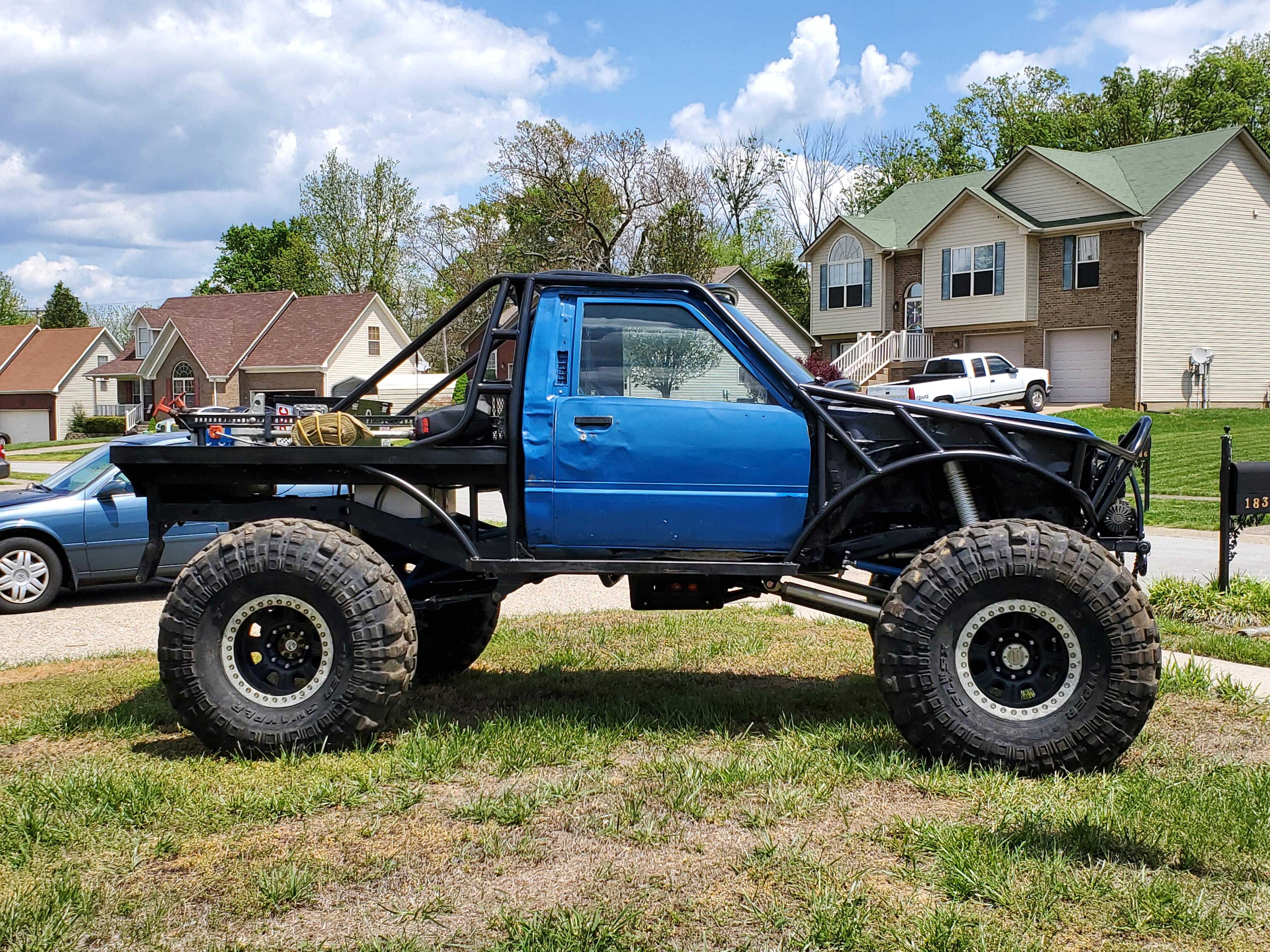 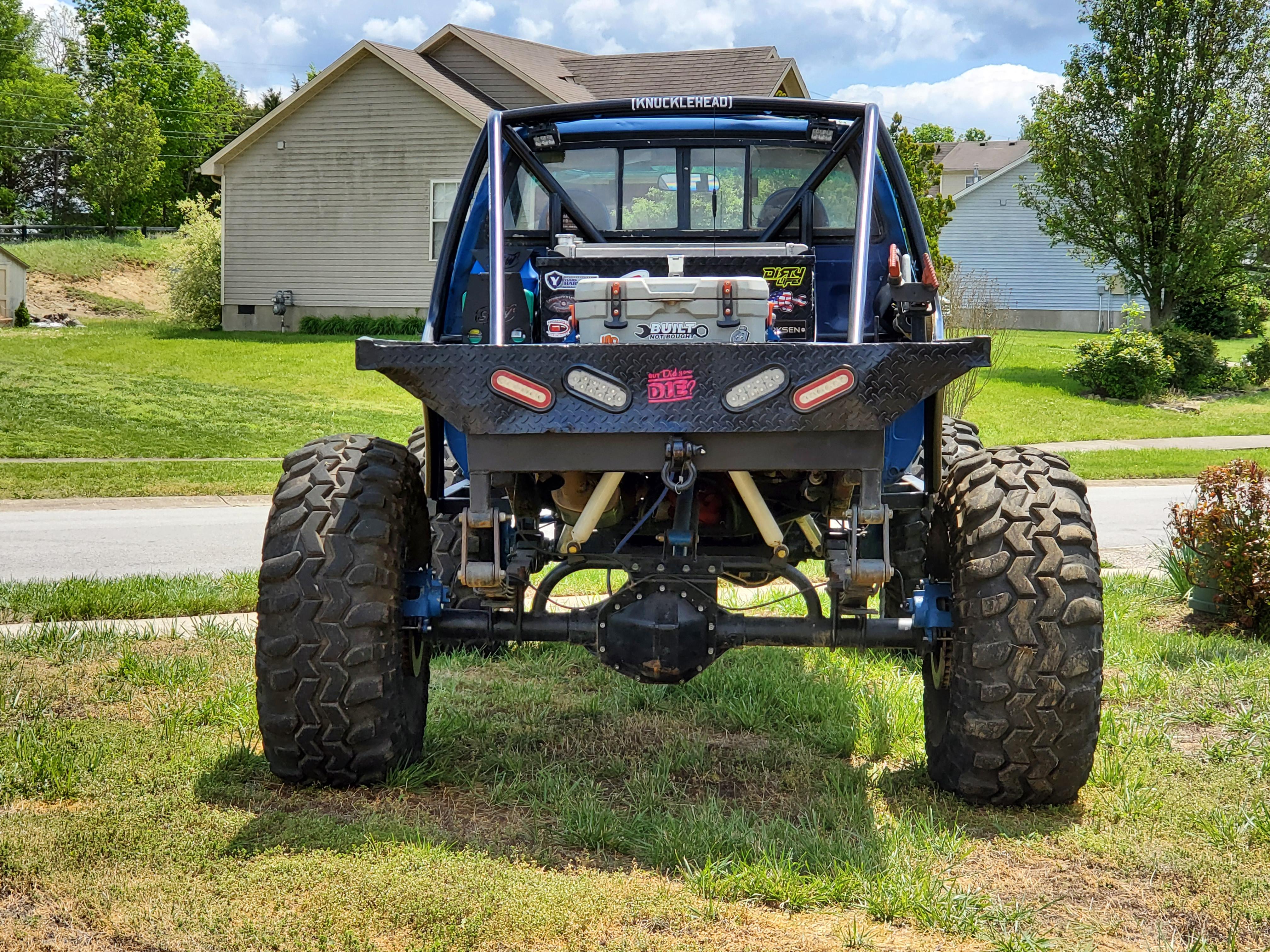 Looks good. Sucks that Harlan is closed, but windrock will do, I guess. Lol

That came out nice!

Lil ugly said:
That came out nice!
Click to expand...

How was windrock? I know the wife took plenty of pics.

easleycrawler said:
How was windrock? I know the wife took plenty of pics.
Click to expand...

Great! Expensive as **** but great. We suffered through tons of rain on Friday but made the best of it. Saturday was beautiful weather wise and I was able to mark Rail Trail off my list since last time I was there we weren't able to run it. I did break a spicer joint in my front axle just after finishing Rail. I rode around the rest of the day in 2wd watching the other folks in the group run some of the easier to access rock trails.

Here are a few pics from the trip.

Thanks! I will let the wife know since most of them are hers.

scooter60 said:
Thanks! I will let the wife know since most of them are hers.
Click to expand...

Sounds good. The colors really pop in those photos.

scooter60 said:
Thanks! I will let the wife know since most of them are hers.
Click to expand...

Your wife is really good at photography, the stuff she adds to them is badass.

easleycrawler said:
Your wife is really good at photography, the stuff she adds to them is badass.
Click to expand...

I will pass along the compliments. I'm just glad we can join our passions together on the trail. She loves to photograph landscapes and the outdoors in general. She also loves to wheel so it really helps make our relationship work. I'm sure she would have been done with me and this hobby a long time ago.

My wife loves to wheel as well, thanks to her father! It sure makes repairs and upgrades easier to sell !!

dwa2469 said:
My wife loves to wheel as well, thanks to her father! It sure makes repairs and upgrades easier to sell !!
Click to expand...

Ain't that the truth. I brought up new Chromo Shafts w/ Super Joints and after I told her the U-Joints wouldn't be a problem anymore, she didn't even blink an eye. Just asked when they would be here. :****:

How's the cage holding up?

ridered3 said:
How's the cage holding up?
Click to expand...

Great so far. I am going to admit I really haven't put it in a situation where I have tested it but I do feel much safer while riding.

Not long after my trip to Windrock last spring, I had a crazy engine fire that started out of no where. I had shut the engine off after loading my truck on my trailer. Strapped the entire rig down, walked in to the shop to grab my spare tire, walked back out to the truck to flames rolling from under the hood. Melted everything plastic or rubber that was under the hood. Completely trashed anything wiring related. The only plumbing that was salvageable was the steering lines. I think the only reason they survived was because they were so low in the engine compartment. Not real sure on the cause but I am leaning towards a shitty oil filled K&N air filter catching on fire after a back fire in to the throttle body(never heard a backfire). It's the only thing I can think of and it was obvious most of the heat was concentrated around the throttle body. That may be just because that's where the fuel was. Luckily I had several fire extinguishers close by and we were able to get it extinguished quickly.

I am including some pics of before and after the fire. I stripped all of the toyota wiring from the truck and rewired the entire thing. I used a fuse/circuit box from BustedKnuckle and a custom switch panel from 12volt guy. I also wrapped the factory dash pad with aluminum and added some auxiliary power ports for phones, tablets, and other accessories.

I did get the chance to get to a park fairly close to the house and get some seat time in back in May. Truck did great other than the Chinese heater control switch I bought crapped out one night and the wife got a little chilly rolling down the road at 60 while traveling between obstacles with the tube doors on.

Since that trip I havn't been back in the woods. We bought a new house last fall with a pool so we have been living up the pool life this summer.

Dang that's quite the update! 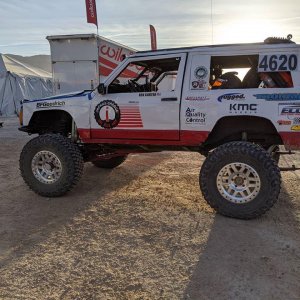 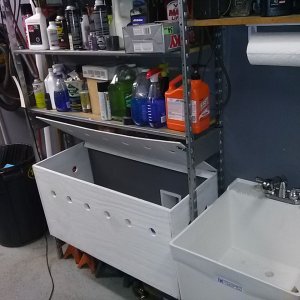 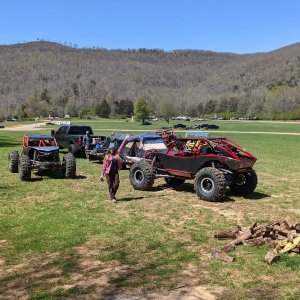 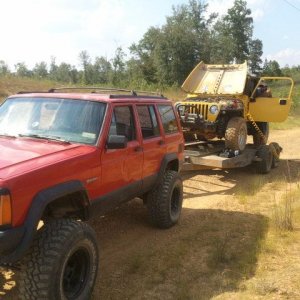 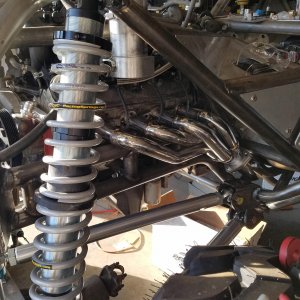 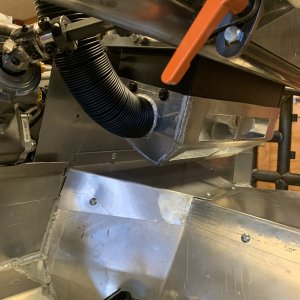 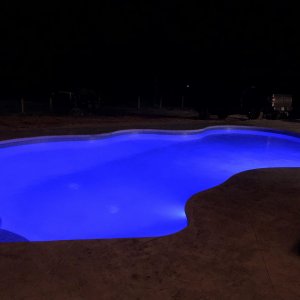 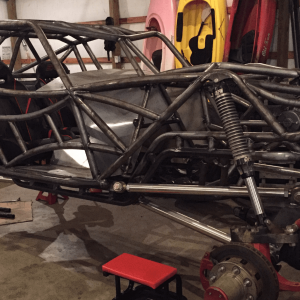 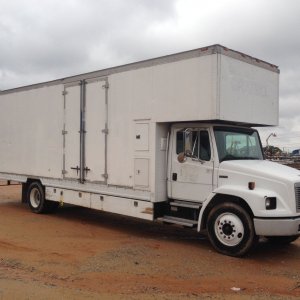