a few of my buddies from back home were heading to Harlan this weekend and they asked if I wanted to meet up, so I got my rig together and headed up there for a great weekend of wheeling.
Thursday afternoon we left Jax around 4 and headed north, made a pit stop in Savannah for dinner... 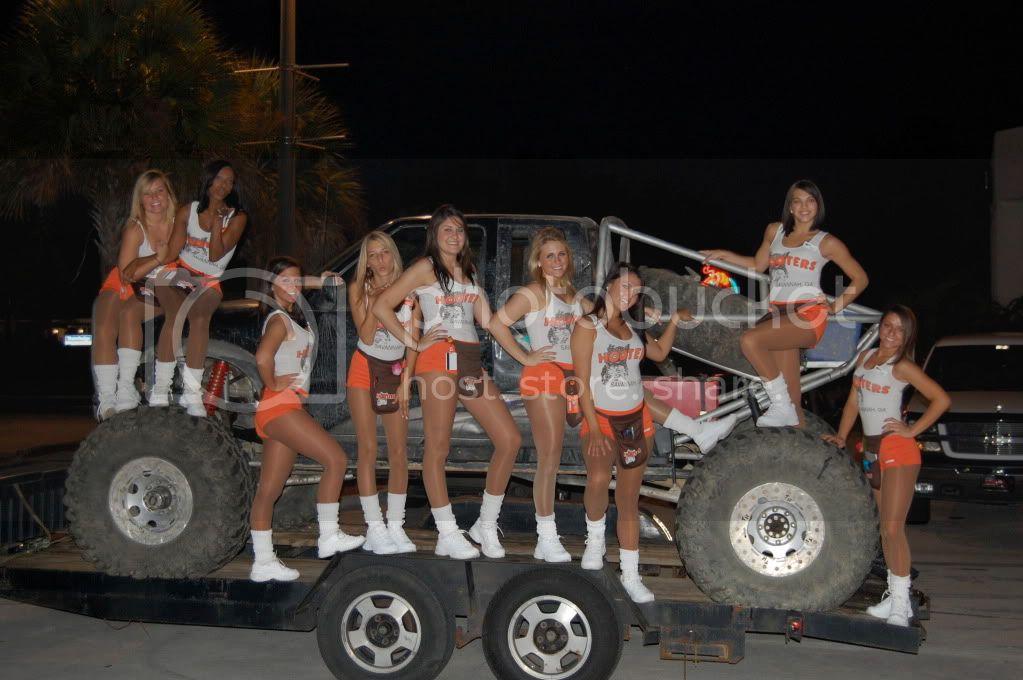 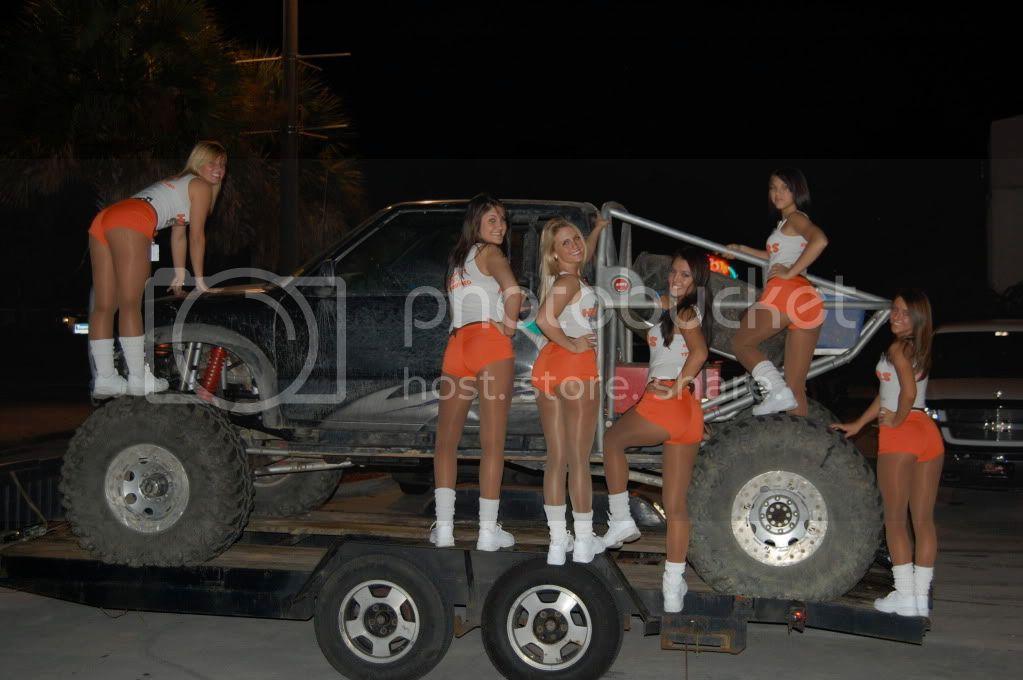 Friday wasnt too bad, it had rained a little bit so everything was a little wet, but it wasnt raining when we were on the trail. on the second major trail, I busted the passenger side lock out on this spot. Like I said before, it was wet and muddy, trying to bump over a small ledge and had about 1/2-3/4 throttle, rig went up and slid over, tire hit the rock wall....boom so I played the rest of the day in 3 wheel drive...did Rail Bed in 3 wheel all the way to the end, had to winch out of the exit..lol 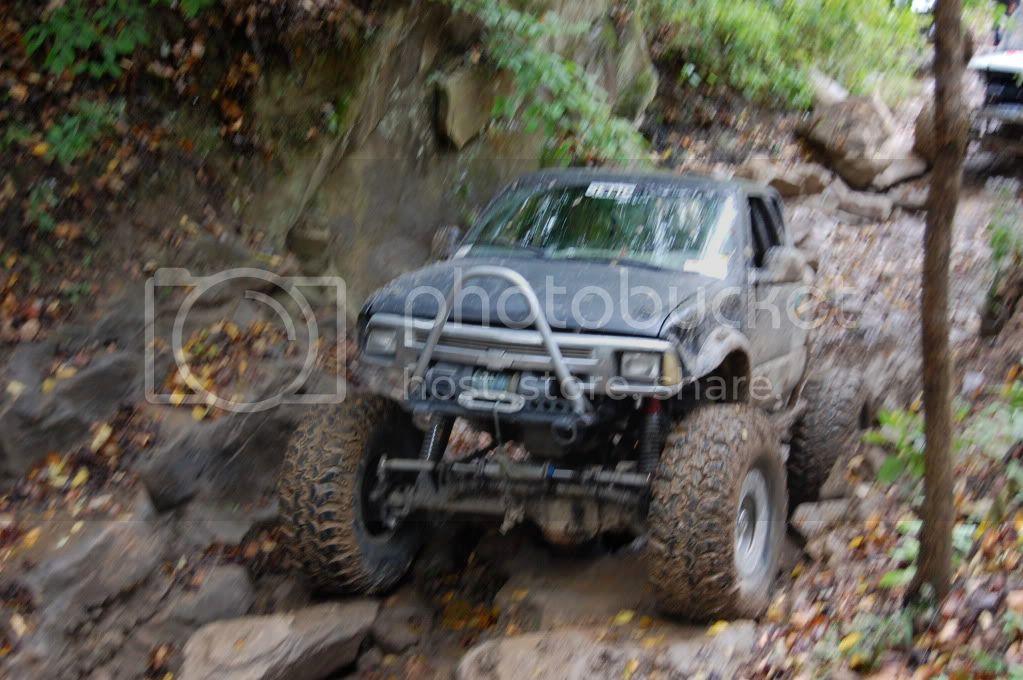 after leaving Rail Bed we took off to head toward upper rock garden...one of the trails was a long, slick hill that you needed to keep momentum on, so I went up got about 3/4 of the way and the passenger side tire hit a rock that was sticking out of the hill side.....broke all 4 bolts off the high steer arm.....knuckle is fine...after some rigging, we were able to get it back to camp where we could try and figure out what we needed to do. we tried pretty much everything in the book to get the broken bolts out of the knuckle....got one of them out.....then the rain came and it DUMPED pretty much all night. so we had to stop and wait till morning to finish. the next morning we went to work on it, located a drive flange from a guy that was already broke and was heading home, got that installed and started working on the knuckle...
one of the guys that was with us mentioned welding the steering arm to the knuckle, which was my last option....so we busted out the welder. 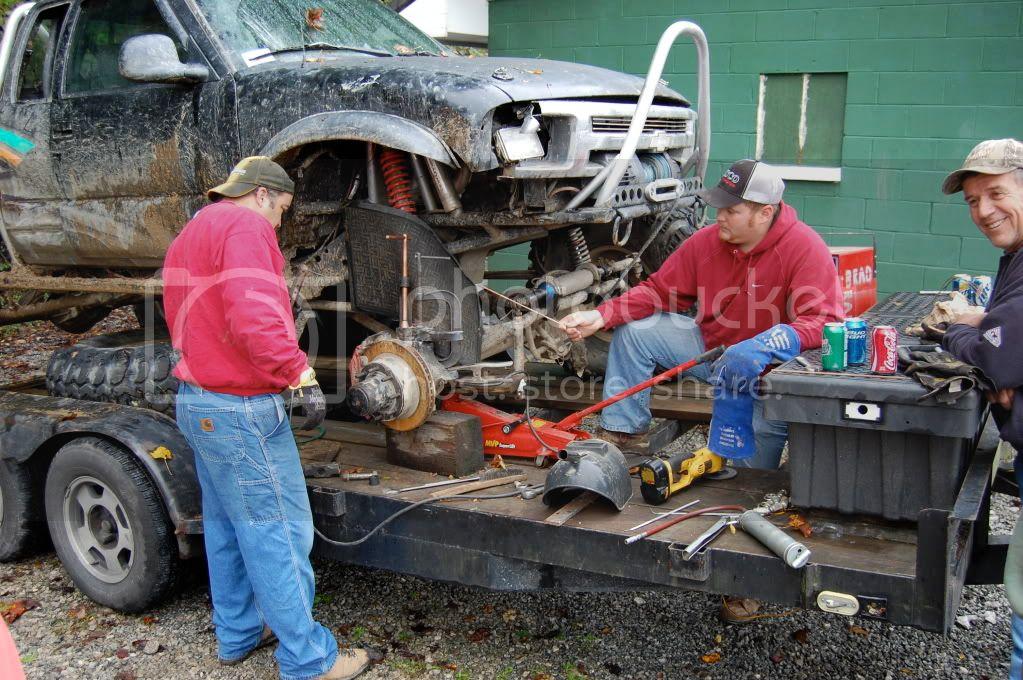 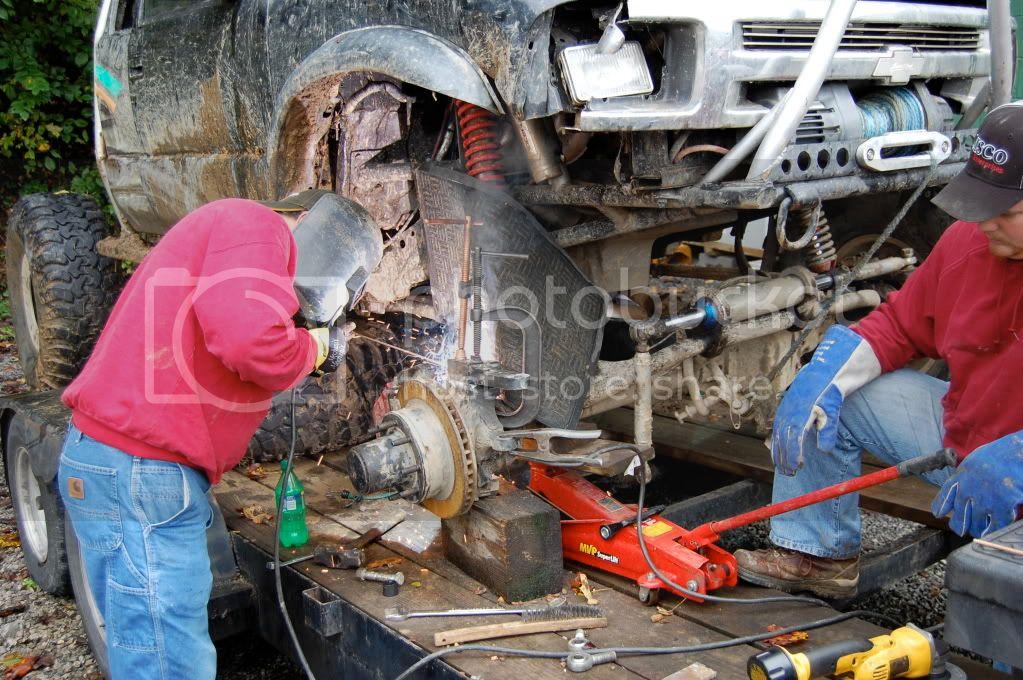 we also welded a bit on the other side for good measure, since the bolts had came loose on it....but we didnt pull the tire to get a good weld all the way around.....MISTAKE after wheeling all day on big muddy hill climbs, Upper Rock garden/Can Opener, middle rock garden, Big Perm/Bruiser, and lower rock garden forward and back, then my buddy drove it on lower again...about a mile from the camp ground, another rock jumped out in front of my driver side tire...BOOM same thing....got it back to camp using my winch and my buddies Zuk to steer it....LOL
here are a few more random pics 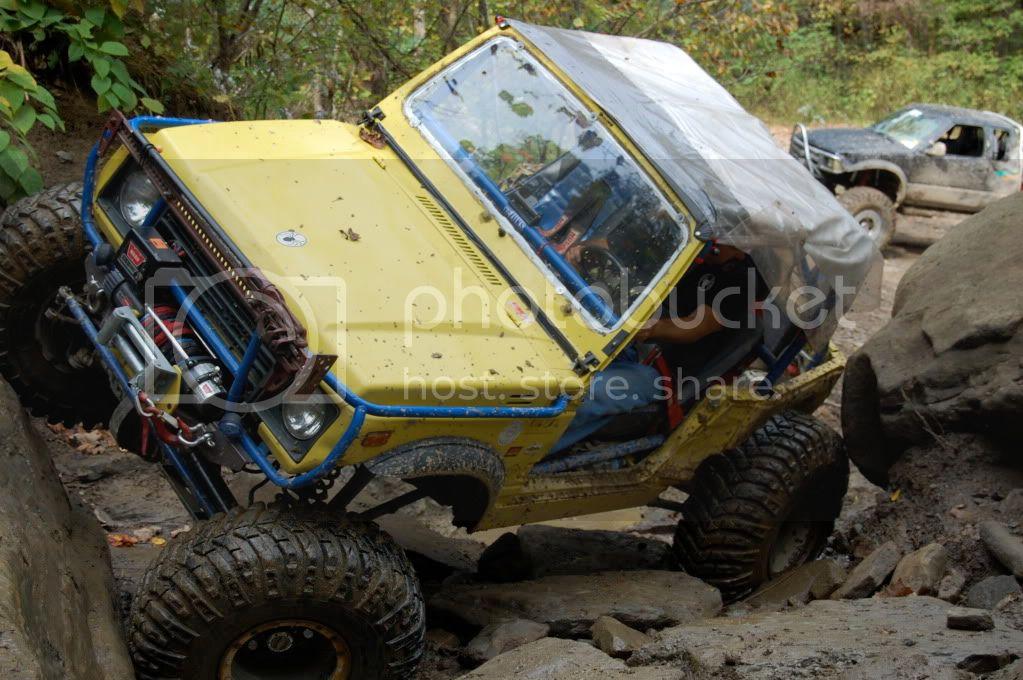 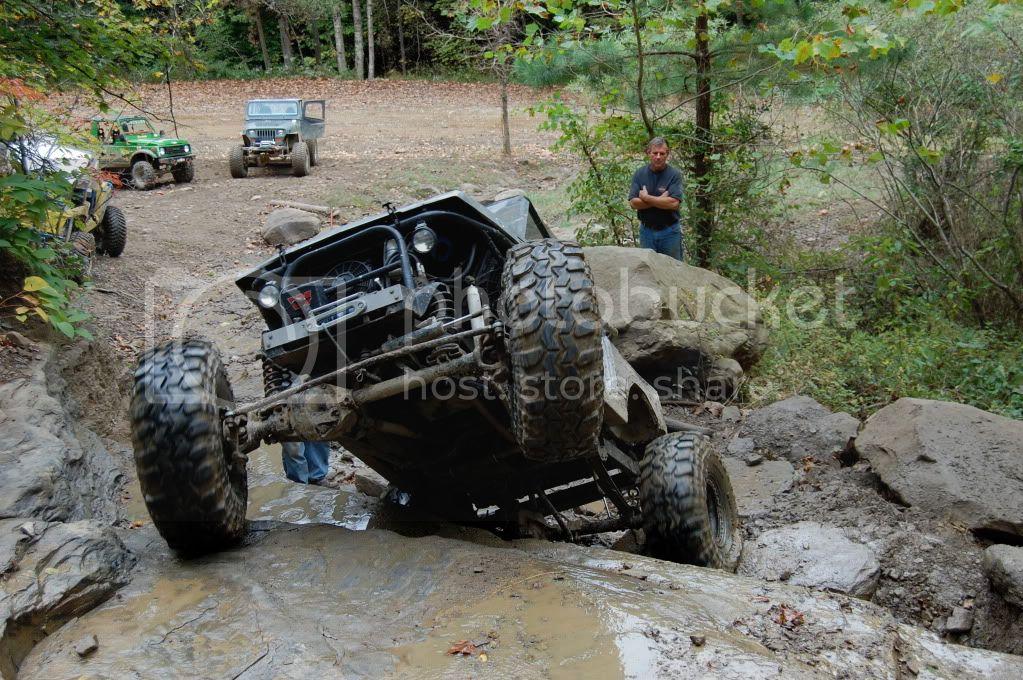 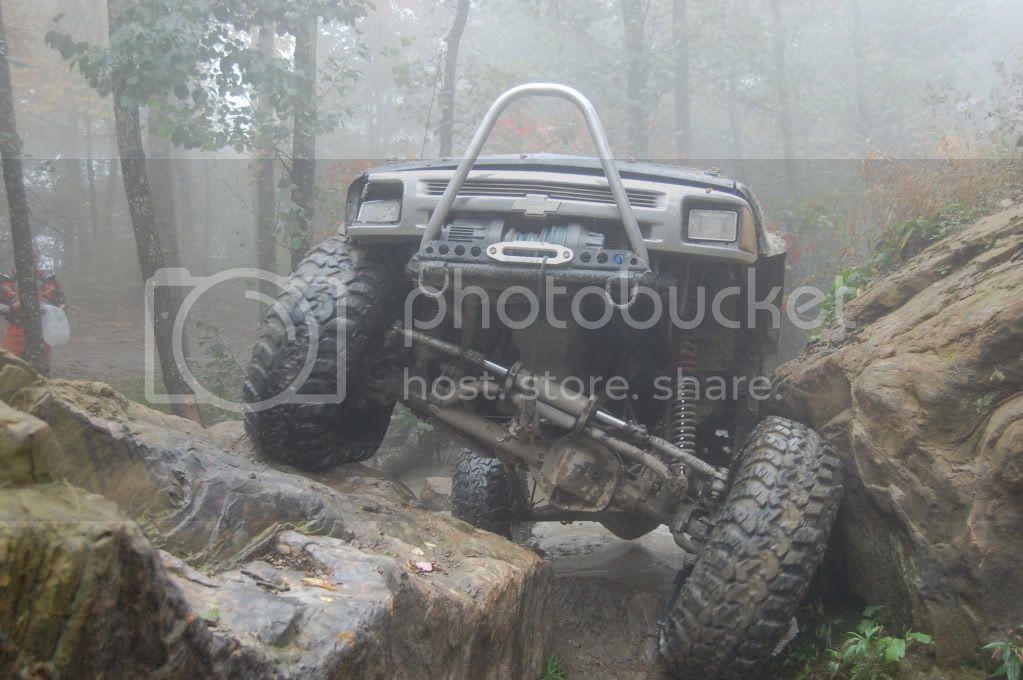 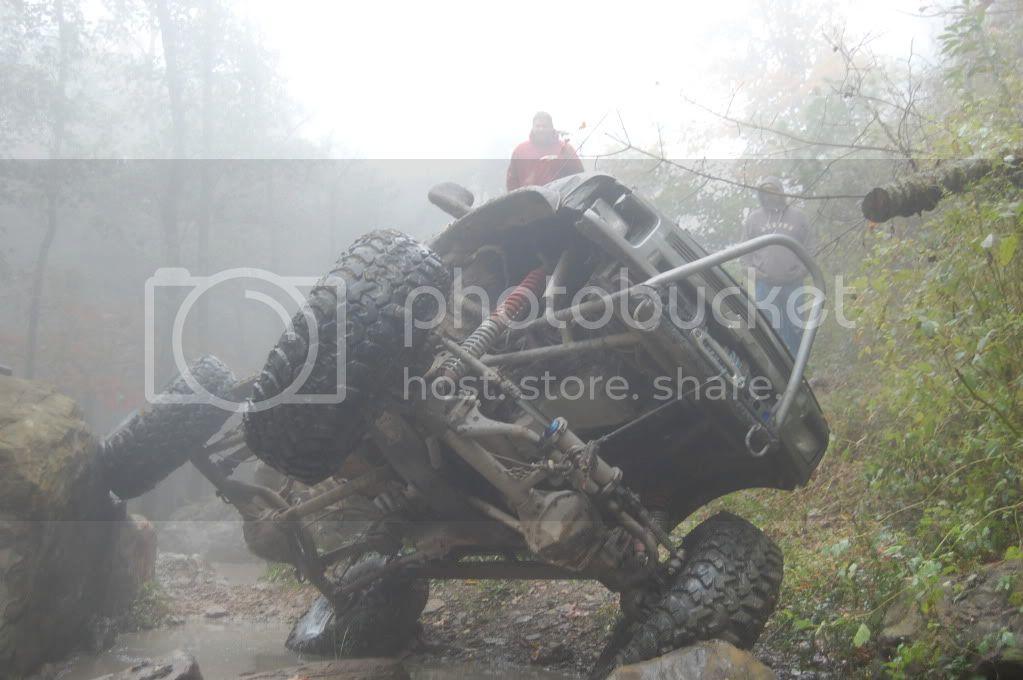 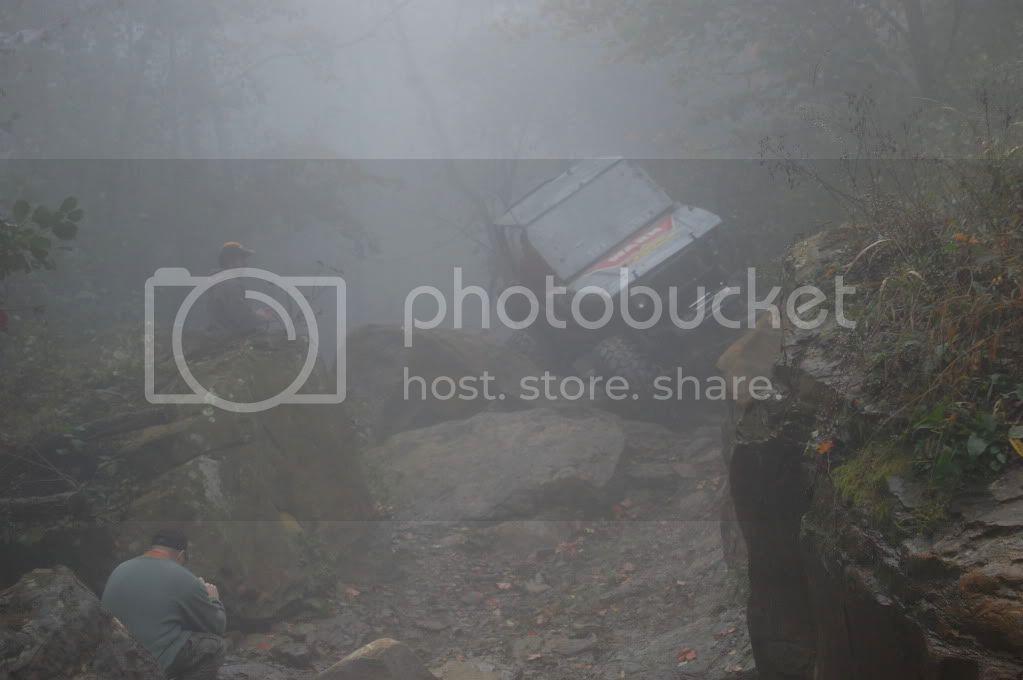 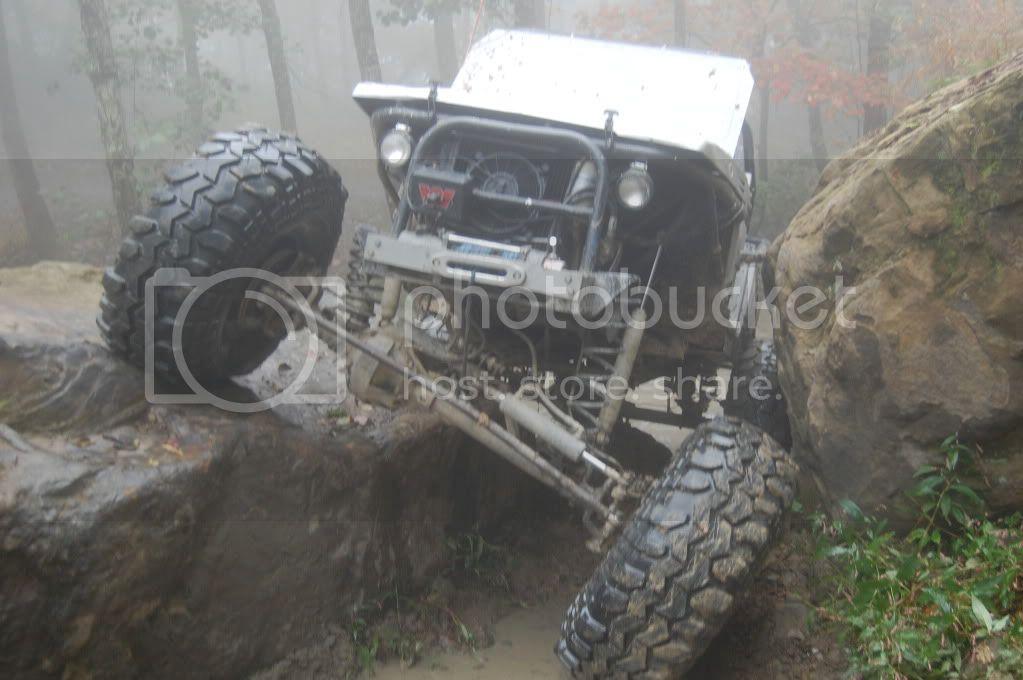 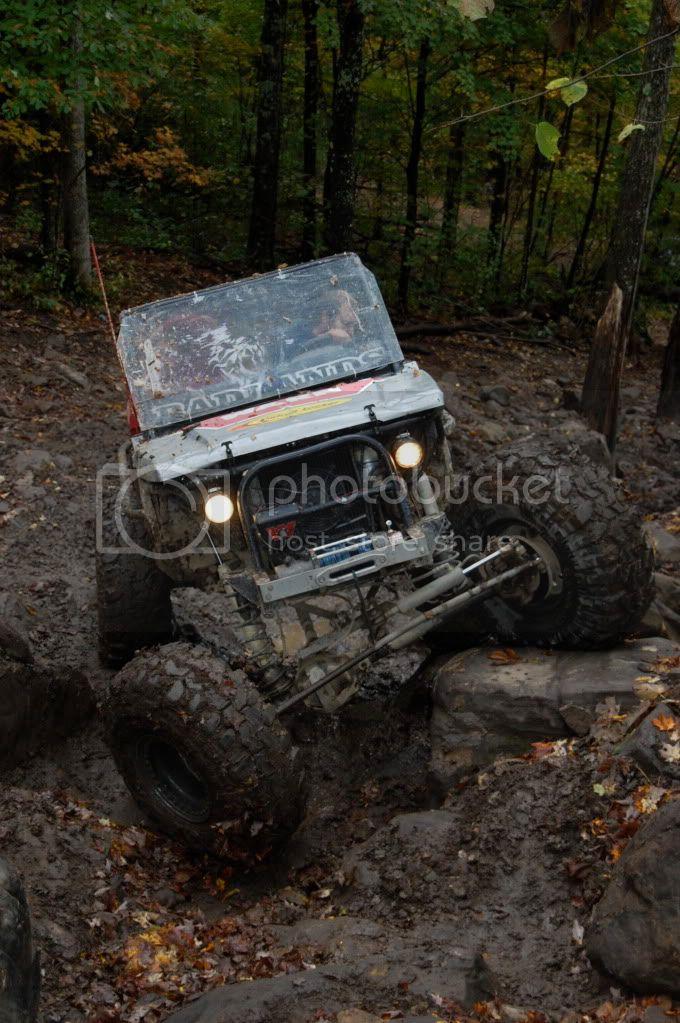 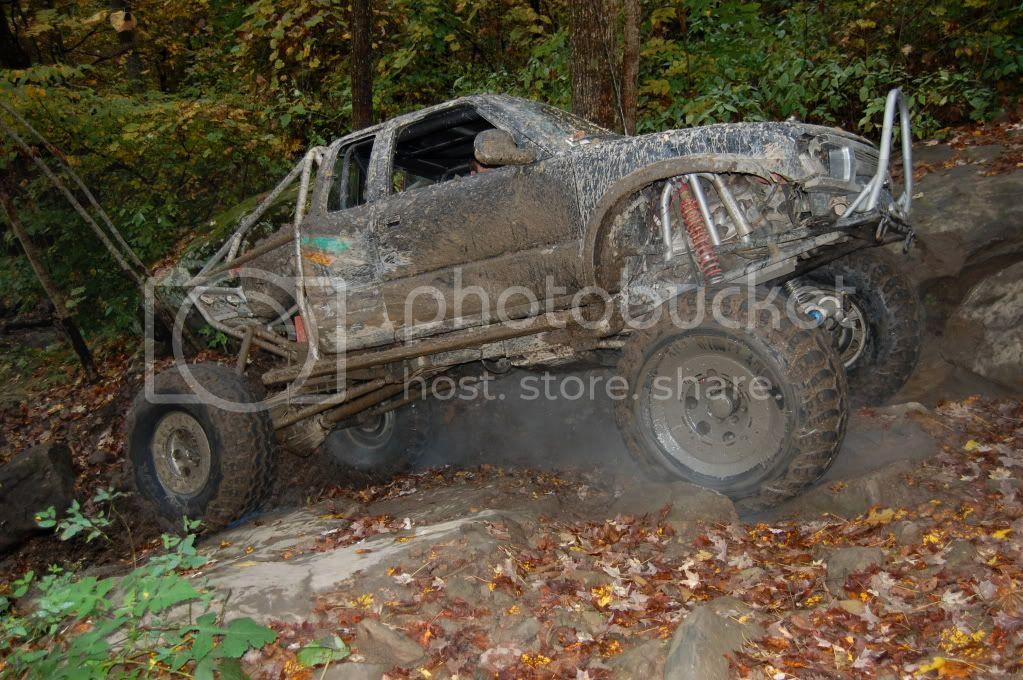 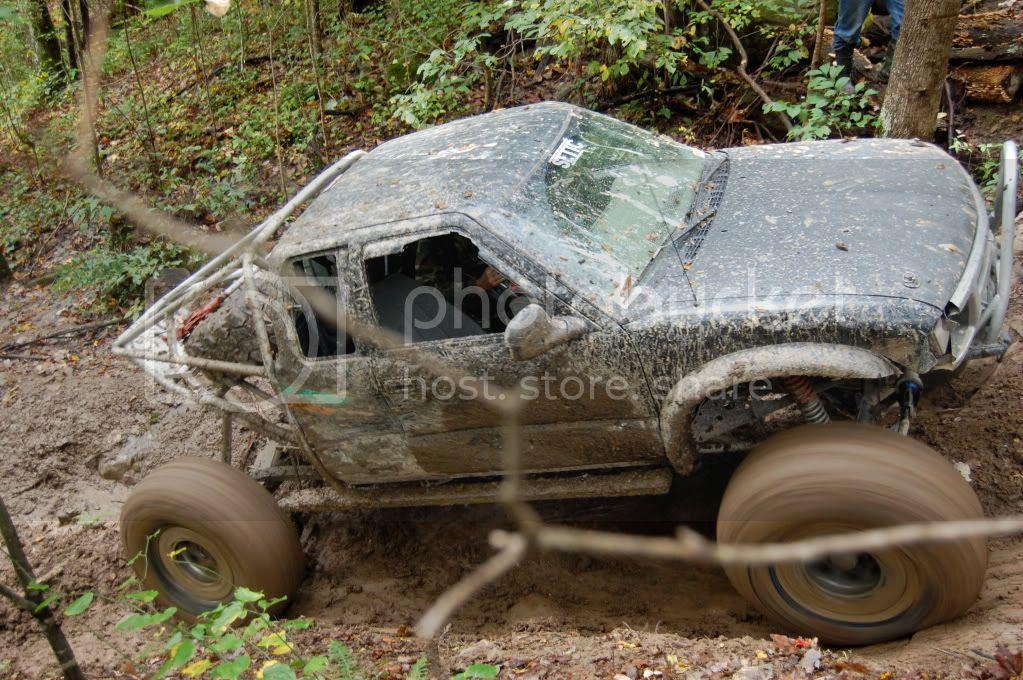 ran into a few of the guys from the board....nice to meet you guys, maybe next time we will get to hit some trails.

Few more, trying to figure out how to post these pics.

cool man, I still wish we would have made it up to Lions Den....I probably would have tried it. Did you guys make it up to Can Opener?

maybe one day I will get to ride there when it doesnt rain! lol

1TONZR2 said:
maybe one day I will get to ride there when it doesnt rain! lol
Click to expand...

Or you don't break. You have some serious crappy luck dude...

ya, thats for sure! I had the SETTC in April, Harlan in June, River Rock in July, Windrock in Sept. and then this trip to Harlan, since I finished this "version" of my rig....only small issues till now. I am going to be heading back to Indiana for Thanksgiving and will be dragging it back with me so I can do some wheelin back home, then I will tear it down and do some much needed maintenance and some small changes....
need some knuckles, air bumps/cans, and maybe a lock rite for the front. might need a new rear DS, mine is BEAT UP bad lol

the knuckles were plated, we had welded on the knuckle/steering arm a little bit on the front and back to help hold it since one of the bolts was broke off....guess they got good penetration on the plate and steering arm! the plate was ripped off the knuckle where it was TIG'ed on...appears it broke the metal on the plate. 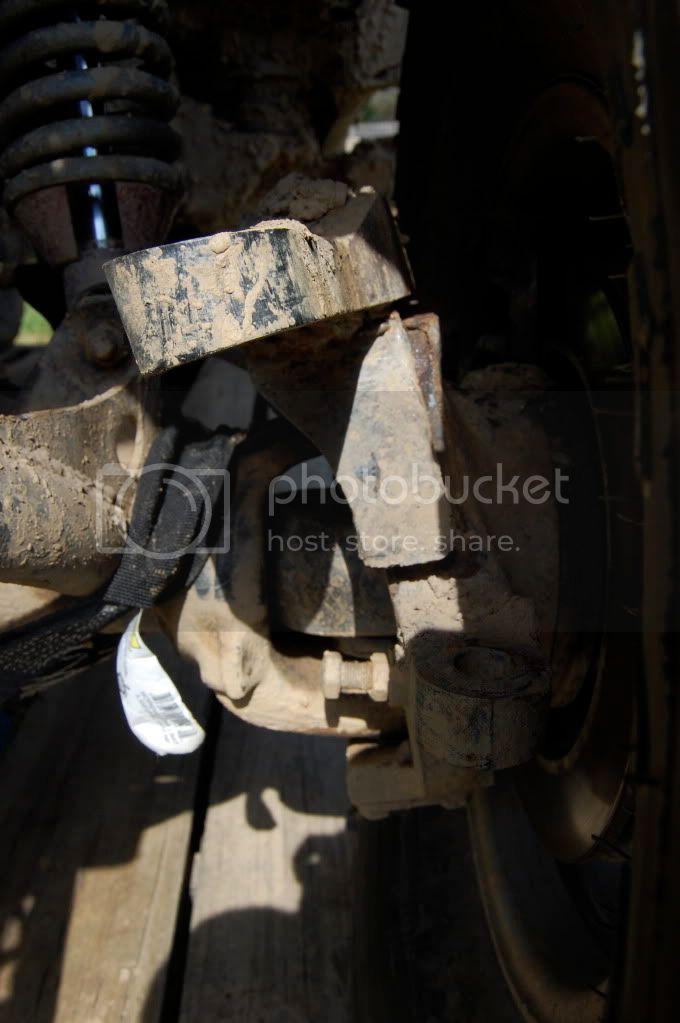 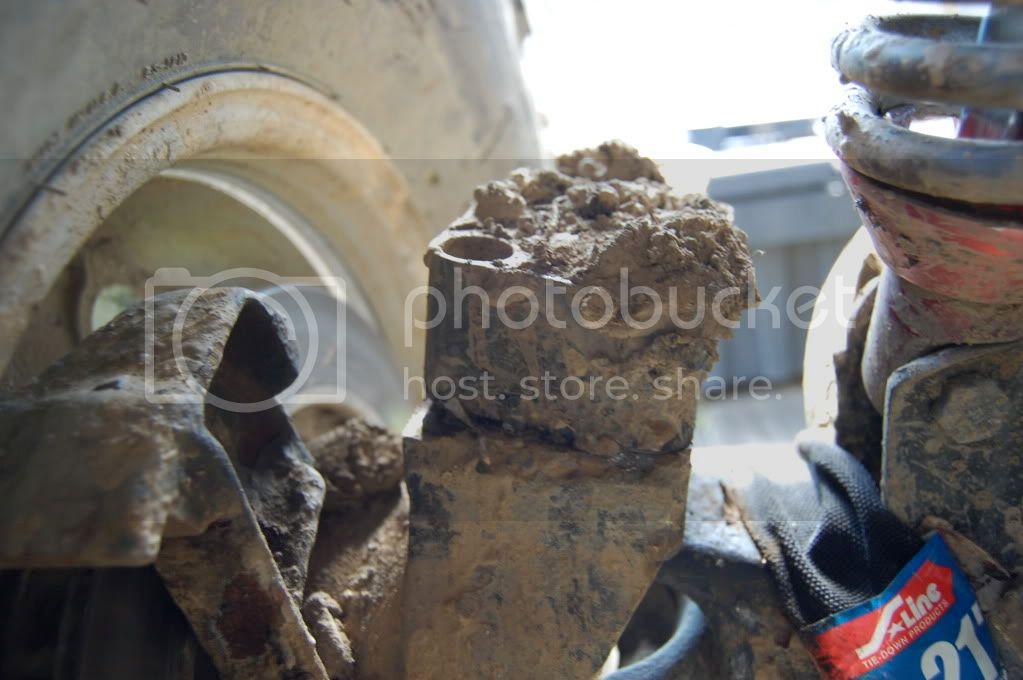 I am looking at getting a set of Reid knuckles, with some steering arms that will use the 5 hole setup. just gotta do some shopping first. I also noticed that the little spring & "T" bracket (WORST DESIGN EVER) that holds the brake caliper in the mount on the Ford 60 is gone. I have went through about 3-4 of them and this time the caliper is completely off of the bracket, sitting against the wheel. Since I am going to be getting new knuckles, I am planning on getting the Chevy 3/4 ton caliper/mounts to run on them.
Has anyone on here done this setup with the Ford 60?

You will need chevy outers/spindles as well, a lot of money to do that I looked at it. Check out Blackbird Customs they sell a bracket that adapts the ford 60 to use Chevy 3/4" ton brakes. The 3/4" tons stuff is CHEAP and works well. I had it in the rear also so it made spare parts easier. I had the exact same problem with my Ford 1 Ton Brakes. The pin kept falling out and the caliper would sit in the wheel. Go with the Ford knuckles and those brackets and you will be good.

Reid Racing is now making Ford replacement knuckles, so I dont need to get the spindles/outers. although they are more expensive, but not too much. I have already checked out Blackbird Customs, seems like they are one of the only companies to make the brake kit. Thanks Matt, I was hoping you would chime in, I thought I remember you having the same issues.

1TONZR2 said:
Reid Racing is now making Ford replacement knuckles, so I dont need to get the spindles/outers. although they are more expensive, but not too much. I have already checked out Blackbird Customs, seems like they are one of the only companies to make the brake kit. Thanks Matt, I was hoping you would chime in, I thought I remember you having the same issues.

Yeah I got my Ford style from Reid, lots of vendors sell em for CHEAP. I thought you were going to try and put a Chevy knuckle on your axle, in which case you will spend a fortune in shafts, spindles, hubs, brakes, etc to swap them over. Order the wheel studs that reid sells for their ford knuckles. Those fawkers are a bitch to find locally.
J

nice pics brian! I cant wait to go to that place!

we had a wasted day at Hale Mtn.....wasted workin on a busted oil pan...oh well, it happens...

4wdfactory.com out of hutto texas got the brake kit 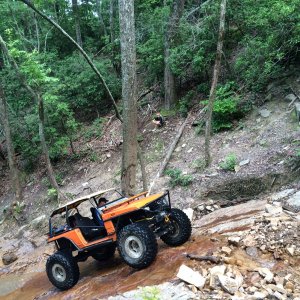 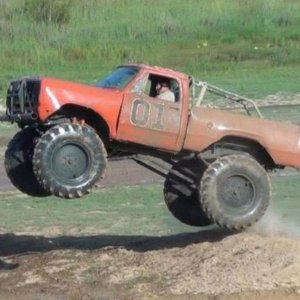 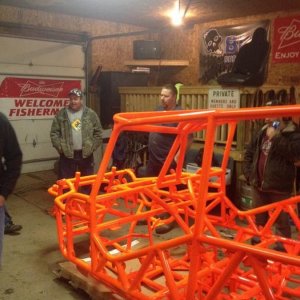 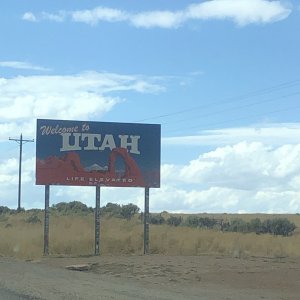 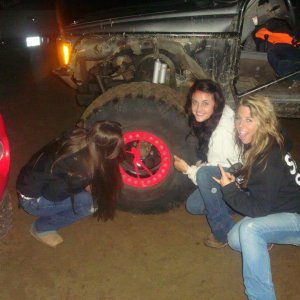 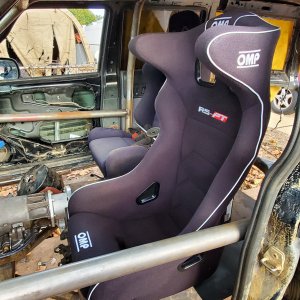 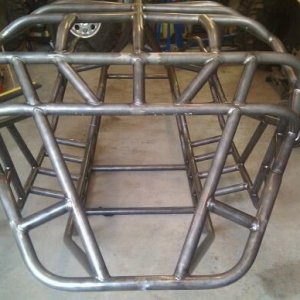 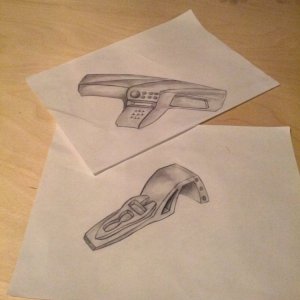 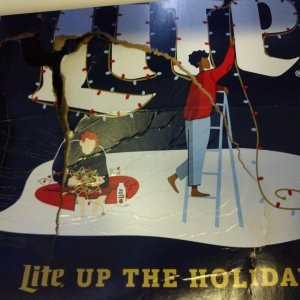