crawlin85cj said:
Word on the street is the shafts have arrived, they fit and things are looking good.
Click to expand...

Pics or it didn't happen
K

Is Adam going to do a thread on the knuckles and Cs on this buggy ?


ridered3 said:
Pics or it didn't happen
Click to expand...

Dont Tread On Me

for some odd reason I think its getting test beat down today...

Ok, maybe not, but I know BJ is in TN for this thing....so its got to be this week for sure.

It's coming right along. Finishing up details today.

man I can't wait to see this thing buttoned up

I got to meet & do business with BJ yesterday and you won't find anyone better to deal with. As for this rig there is not even any words to explain how bad ass it really is! A picture does nothing for the detail of this thing! I'm like you B Drake one day I will be cruising in a WOD Buggy!
H

If I ever cruse in a WOD buggy, ill be riding with Adam!

BJs rig sure is purty!! stopped by today for a peak at it
T

Nice Rig, looked it over tonight... PROPS on a SWEET Rig!!!
A

Here are a couple on Ricky B's from FB

What happened to the thread on the axles? how about some more information on them please.


bjeep said:
What happened to the thread on the axles? how about some more information on them please.

Buggy was awesome right out of the box. I unloaded it, ran through a photoshoot and qualified 8th with next to zero seat time and the motor running in the break in timer. Props to WOD for building an amazing buggy!

I have been slacking on this build thread but it is only because we have been slammed at the shop. But, we finally finished this thing up and got it out to see what it was made of.

We had planned on getting the buggy out mid last week and test running it at a local private place I have access to, but we had issues with the belt wanting to peel off the engine that hindered us from making that happen. So, pretty much we loaded this thing in the trailer last Thursday with no real run time on it except what we could pull off in the middle of Down town Murfreesboro and not get arrested.

We got to the park for the first SRRS event of the year Thursday evening just hoping and praying that the weather would cooperate with us long enough for Ricky B. to do his thing with the camera Friday morning before qualifying. The weather was good and we rolled the buggy out of the trailer and gave it a rub down then headed out for about the only time I think this buggy may ever get babied around. The photo shoot went great and Ricky always turns out great shots.

As soon as we got all of that out of the way we changed the panels on the buggy from the show quality painted ones to some raw aluminum ones that we didn't care if they got beat up.

Bj put some time on the buggy before qualifying and we were still waiting on the break in time to leave out of the computer from Turn Key. It came up time for qualifying and Bj smoked the hill with out much problem and he was getting the grove of what he could expect from the buggy.

The next day he laid down a pretty decent time on the first hill with a bobble on the last rock exiting the course, but then on boat ramp the buggy blew a fuse on the ignition side of the ECM. I had to small of a fuse in place and we replaced it with a little bit bigger fuse and every thing was fine except for the fact that he was timed out on that climb of the event.

All in all though I know I am happy with the buggy. The way it handles is awesome and I feel like as soon as Bj puts some time in the seat and all of the little items get sorted out this thing will be in the hunt for a win.

I'll let Bj chime in and give his full opinion on what he thinks of the over all buggy, but I feel like he is pretty happy. I know I am stoked at how the first weekend went with it.
T 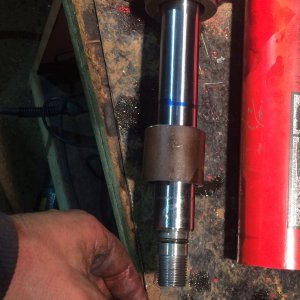 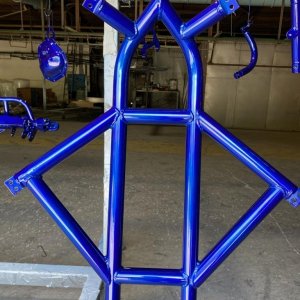 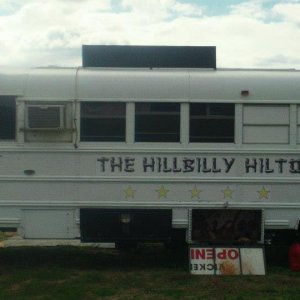 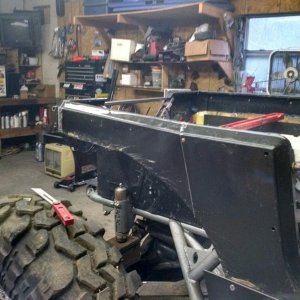 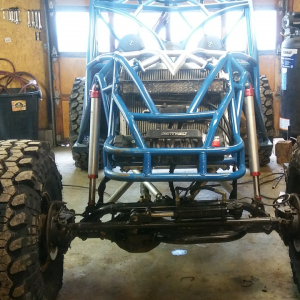 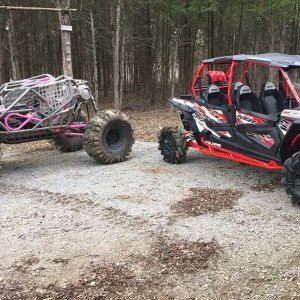 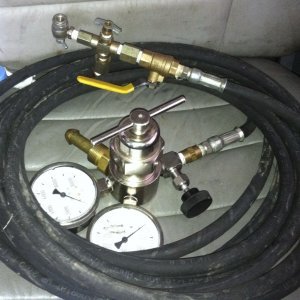 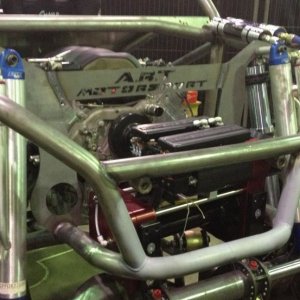 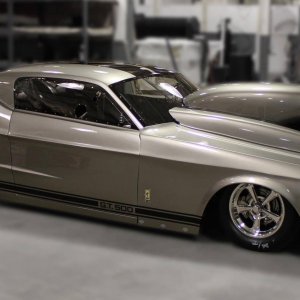